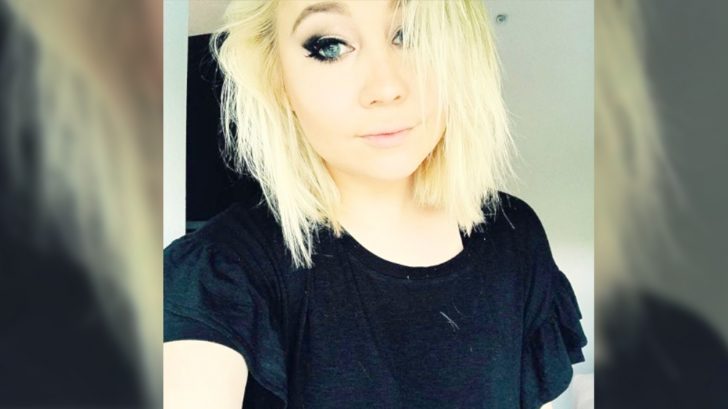 Over the course of The Voice‘s many seasons, few stars have emerged with as much popularity as RaeLynn. The “Love Triangle” singer competed on the show as a member of Blake Shelton’s team during season two, and has enjoyed a successful career since then.

RaeLynn and Blake have remained close over the years, and Shelton even included her as one of his opening acts on his Doing it to Country Songs tour in 2017. RaeLynn brought a special guest of her own on tour…her German shepherd Jazz.

Anywhere RaeLynn travels, Jazz is always with her. That’s because he’s her service dog. Since RaeLynn has Type 1 diabetes she has Jazz to alert her if her blood sugar levels dip too low. An article published by People in 2017 says he has even taken to “waking her up in the middle of the night when necessary.”

Me and my kids are missing Josh today… but I’m proud to be an army wife. ?? #lakedaze

Since he hardly ever leaves her side, Jazz often makes an appearance in the photos that RaeLynn shares on social media. But a couple of weeks ago, the young singer learned some scary news that threatens to take her beloved pup away from her.

As RaeLynn shared in an emotional message on Tuesday (August 14), Jazz was recently diagnosed with cancer. Although it sounds like Jazz underwent surgery, RaeLynn said the cancer is “growing pretty fast.”

The singer reached out to her fans for prayers in the midst of this frightening time, writing, “I am beyond sad but I truly believe in miracles.”

Her prayer request was accompanied by a sweet photo of her snuggling with her beloved pup.

Asking all of you to pray for my Jazz. He got diagnosed with Cancer 2 weeks ago. We removed it but it’s growing pretty fast. I’m praying for a complete healing in his body. He brings so much joy to me and Joshs life. I am beyond sad but I truly believe in miracles.

We’ll definitely be keeping RaeLynn and Jazz in our prayers as time moves on. Hopefully the surgery removed all of the cancer and he’ll be able to make a complete recovery.