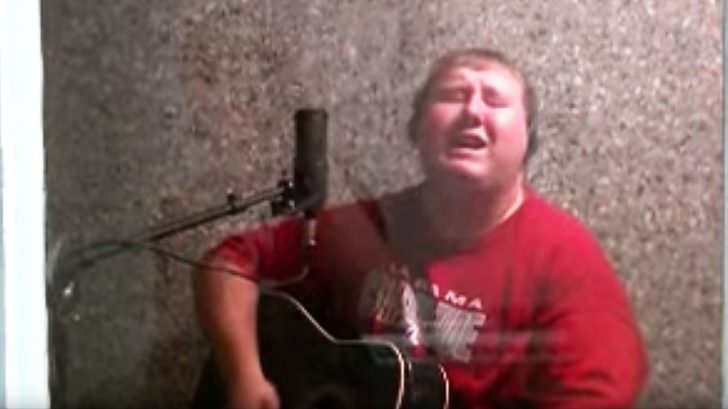 Sporting a red “Alabama Crimson Tide” t-shirt, the young man strummed his guitar in a small recording room and jumped right into an incredible performance of Toby Keith‘s hit “Should’ve Been A Cowboy.”

Jason’s powerful voice echoed as he sang, “I bet you’ve never heard ole Marshall Dillon say/ Miss Kitty have you ever thought of running away/ Settling down will you marry me/ If I asked you twice and begged you pretty please.”

He began his performance and while it is a little more mellow than Keith’s original, we thoroughly enjoyed his take on the familiar tune.

It seems this song choice wasn’t a success for Stewart alone, as the song landed Keith with a number one spot on the Billboard charts back in the 90s!

I relate to this Toby Keith album cover on so many levels pic.twitter.com/ZB3Tgv4qpj

The song was a smash hit when he released it on his self-titled album. You can listen to Jason’s fantastic rendition below!