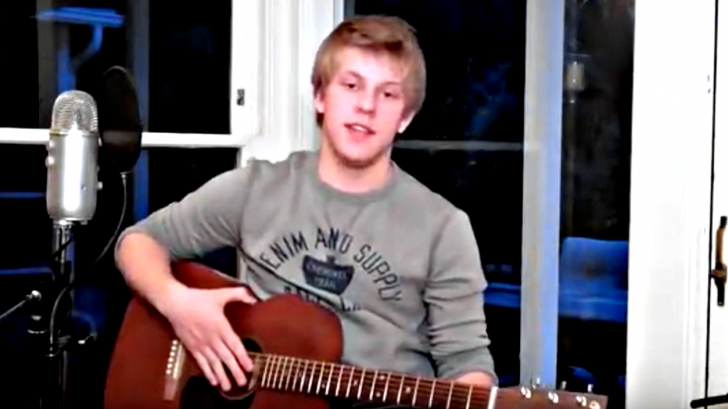 Having begun his career in entertainment as a child actor on shows like iCarly, Modern Family, The Goldbergs, and others – young Jackson Odell also started to make a name for himself in the country music industry.

Feeling my country side pic.twitter.com/y2HZC5QABv

Just earlier this year, Odell’s songs were featured on a movie about a country music singer – Forever My Girl. The film, which was released in January, also starred the legendary Travis Tritt.

Odell penned two songs for the soundtrack that were recorded by Lauren Alaina and Little Big Town‘s Phillip Sweet – both songs that really grabbed hold of the country genre and were considered great successes for both Odell and Alaina’s rising careers.

I'm so excited to be a part of the soundtrack for #ForeverMyGirl. Wooooo hooooo. Here's a link to listen to #WingsOfAnAngel ??? ❤️?? https://t.co/u6bS0eofNb @4evermygirl

Thanks Lauren for singing our song. Proud to have been part of writing this great song. https://t.co/Z9DF6qZ4hC

According to various outlets, including TMZ, Odell passed away on Friday – June 8th, 2018 in the San Fernando Valley. Foul play is not suspected at this time.

Our thoughts and prayers are with Odell’s family, friends, and fans as they mourn the loss of someone so talented and so very young.

Listen to the two beautiful songs he wrote for the soundtrack of Forever My Girl below.