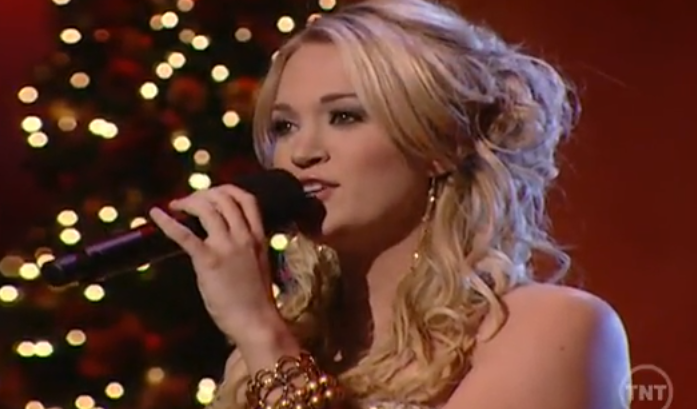 Every December, as folks hang their mistletoes and decorate their trees, they play classic Christmas songs to get them into the spirit of the holidays. As the list of Christmas love songs and carols goes on, some classics stick out above the rest. The 80s tune, “Last Christmas” just happens to be one of those classics. The song was released by the English pop duo Wham! and has been covered by a series of artists ever since.

One of country’s favorite stars performed her own rendition of the Christmas classic leaving fans gushing over her talent. At TNT’s “Christmas in Washington” special in 2005, Carrie Underwood took the stage for her “Last Christmas” performance. Underwood had just won the fourth season of American Idol that same year in May, foreshadowing only the beginning of what would become a long and successful journey.

As Dr. Phil hosted the event, he introduced young Underwood. She graced the stage in a sequined white dress and a dolled-up hairstyle. Even with how young the singer was, her vocals were still as powerful as ever. Filling the large venue with her voice is no impossible task for the country star.

As she finished the heartbreak tune, she added a vocal run that echoed throughout the venue. The beautiful touch got the attention of President Bush and his wife who were sitting front row.

If you want to get in the Christmas spirit with one of your favorite country stars, you have to watch this video of young Carrie Underwood singing “Last Christmas.”