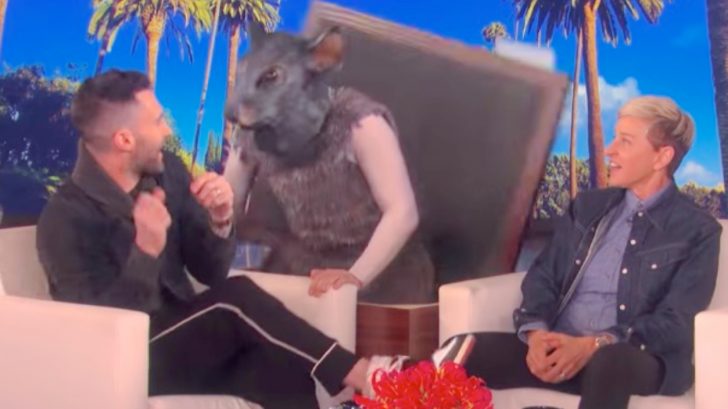 The Queen Of Scares: Ellen DeGeneres

No one is better at pranking celebrities than Ellen DeGeneres. The talk show host and comedian’s go-to tactic is to have someone hide in her coffee table and jump out to scare an unsuspecting celebrity guest.

Usually, that someone will dress up in a costume relevant to the celebrity they’re scaring. For example, Carrie Underwood was once scared by someone dressed as her hockey player husband Mike Fisher.

Most of DeGeneres’ pranks go off without a hitch, resulting in some priceless reactions from her guests. But one person who was totally unfazed by her attempt to scare him was none other than Garth Brooks!

During an interview, DeGeneres had a man dressed like a lady pop out of her coffee table and yell at Brooks in an attempt to scare him. But instead of screaming or jumping in reaction, Brooks merely laughed!

Things got even more hilarious when the man scaring Brooks tripped on his way backstage. Then, Brooks calmly replaced the top of the coffee table and sat back down.

Ellen Pulls Off The Perfect Prank

Brooks’ situation is certainly an exception when it comes to DeGeneres’ pranks. Most celebrities are left quite shaken by her scares, as was Voice coach Adam Levine when he appeared on her show.

DeGeneres led into the scare by talking about an ordeal Levine had to deal with. As he explained, he saw “the biggest, grossest, gnarliest rat” eating out of his dog’s food dish in the kitchen one night and was understandably disturbed.

But he decided to run after the rat, which prompted DeGeneres to say “you’re so brave.” On that cue, a man dressed a giant rat hopped out of her coffee table and left a stunned Levine scared out of his mind!

He Was So Freaked Out

While his initial reaction was delayed, Levine was clearly shaken up by the prank once he let it sink in. At one point leapt out of his chair in a state of pure shock, shouting, “Okay that was a little scary! Come on!”

After walking around to shake it off, Levine muttered a curse word under his breath before finally making his way back to his chair. “I got scared way after the fact,” he said with a nervous laugh.

Now you can watch his priceless response to DeGeneres’ prank by tuning in to the video below. We can’t blame him for freaking out!