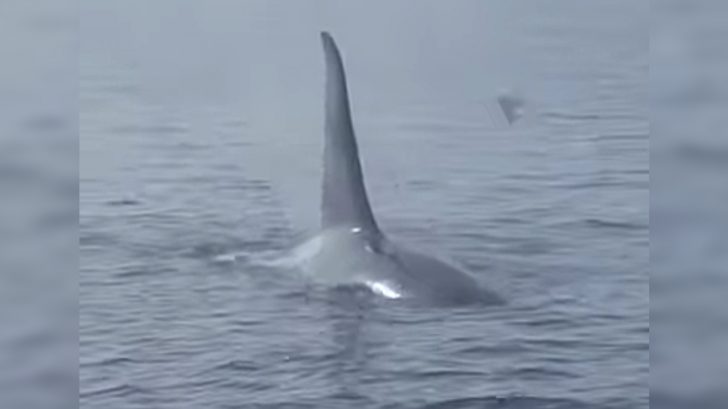 Captain Jerry Leeman said he was fishing 48 miles off the coast of Nantucket on a Sunday when he spotted a 6-foot dorsal popping up out of the water next to his fishing boat named Teresa Marie IV.

It was a big beautiful killer whale’s 6-foot dorsal fin. Captain Leeman said to orca was about 20 feet long. He said he was fishing for haddock when the orca swam up to the boat and decided to tag along with him.

The killer whale got as close as about 15 feet to the 100-foot boat and swam beside Captain Leeman for half an hour “putting on a show,” according to the fisherman.

Captain Leeman has been fishing for over 21 years and in all his time on the water, he has only seen a total of six killer whales in the wild.

“There’s literally a frickin’ killer whale beside the boat. You don’t see this every day, folks.”