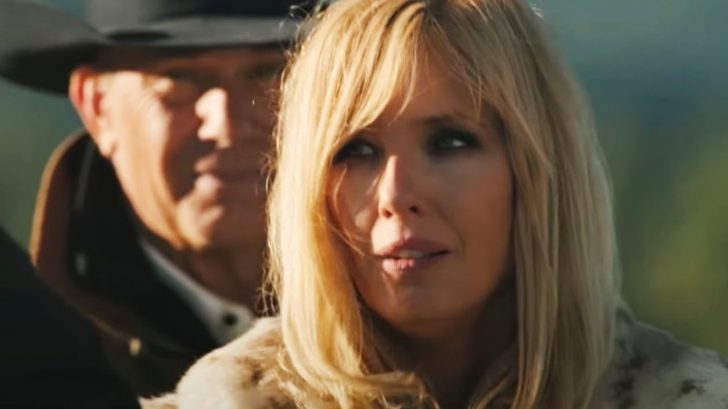 Production is currently underway on the fifth season of Yellowstone. We previously learned this will be a supersized season, with a total of 14 episodes. Those episodes will be split into two parts of seven episodes each.

After much discussion over when Season 5 will premiere, Yellowstone finally named its exact release date…Sunday, November 13.

The cast has been celebrating their return to the ranch as they start working on what is sure to be another epic season of the show. Kelly Reilly, who plays Beth Dutton, shared how happy she is to be back in Montana again.

“I have missed these mountains so much , this cast and crew and of course her…” Kelly wrote on social media.

Those of you who finished Season 4 of Yellowstone know that Beth got involved in some crazy stuff (per usual). Speaking in an interview with Entertainment Tonight, Kelly opened up about what Beth is going to be like in the next season.

Based on what Kelly had to say, it sounds like Beth isn’t releaxing at all. In fact, it seems like Beth is actually going to kick things up a notch in Season 5:

“Just when I think Beth might be trying to mellow down a little bit — she’s a married woman — that’s not happening,” she said. “I mean, the married woman part’s happening but the calming down [is not]. So, it’s just, the fierceness is legitimately ramping up.”

Yellowstone fans will recall that Beth married her longtime love Rip Wheeler (played by Cole Hauser) at the end of Season 4. Even though marriage won’t make Beth “mellow down,” it’s still a huge part of who she is:

“In a strange way, I think Beth is quite old-fashioned in her values,” Kelly said. “I think the fact that this man is now her husband, it holds a lot of power. But he’s always been her guy since she was sixteen years old. He’s the only man — other than her father — that she’s ever loved. So, the fact that it’s official in God’s eyes, it’s something I think she’s incredibly proud of and it probably gives her a little more stability.“

You can watch Beth and Rip’s wedding scene in the video below.

We can’t wait to see what Beth and the rest of the Duttons are going to do in Season 5 of Yellowstone! We’re counting down the days until November 13 gets here.