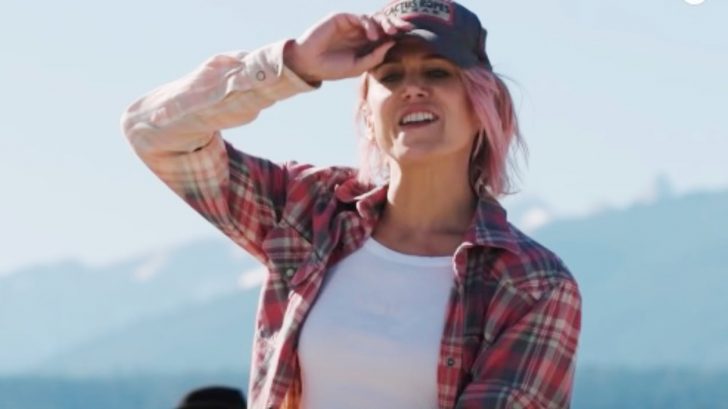 Jennifer Landon perfectly plays the foul-mouthed, pink-haired ranch hand Teeter on Yellowstone. Teeter was first introduced in Season 3 and has become a fan-favorite character. Viewers love her attitude and appreciate how devoted she is to her work on the ranch.

Moving into Season 5, Jennifer has been named a recurring member of the cast. That means we’ll be seeing even more of Teeter in future episodes of Yellowstone.

While Teeter can be a bit brash, Jennifer is nothing like her character. In fact, she says even Teeter’s physical appearance is different than her own…and not just because of the pink hair.

During an interview on the Johnny Dare Morning Show, Jennifer said:

“It’s weird. I look at it and I’m like, ‘God, I don’t even have prosthetics on my face and I look really different.'”

Jennifer also speaks differently than Teeter in real life. Teeter has an exaggerated drawl, so exaggerated that Lloyd thought she was saying her name was “Peter” when she introduced herself.

But Jennifer doesn’t speak with a drawl in real life. She was born in Malibu, California after all! (And if you didn’t know this already, she’s the daughter of Little House on the Prairie and Bonanza star Micheal Landon).

That just goes to show how talented Jennifer is as an actress. She’s able to make Teeter a believable character, even though she’s nothing like her in real life!

Head below to watch some of Teeter’s best moments on Yellowstone.