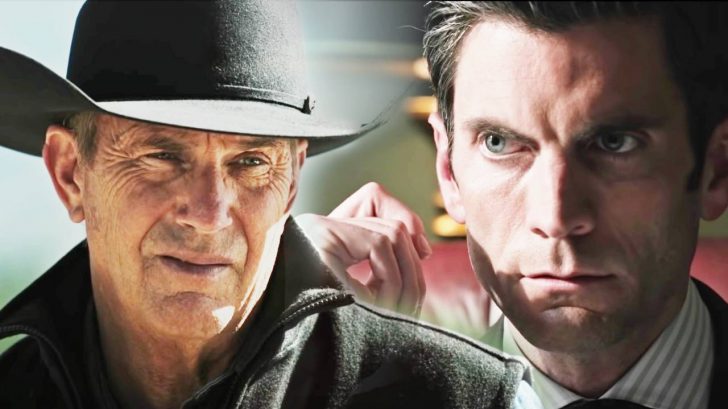 So far, the entire 4th season of Yellowstone has left us with one question: who ordered the attack of the Dutton family? As we all know by now, John, Kayce, and Beth Dutton were attacked in the last few minutes of the Season 3 finale. We weren’t sure who was going to make it out alive. Thankfully, they all did. But in the Season 4 premiere, we found out that attacks didn’t stop there.

A gunman showed up at the Yellowstone Ranch to come after Kayce’s wife Monica and their son, Tate. After a physical fight with Monica, Tate shot him dead in the kitchen. This is why in the last two episodes that they both are so fearful of leaving their bedroom, with Tate even afraid to come out from under the bed. In Episode 4, titled “Winning or Learning,” Kayce suggests they all go back to Monica’s grandfather’s house to live for a while. Monica and Tate jump at the suggestion.

In the Season 4 premiere, we saw the ranchers take care of the men who came after them, too. Shooting one in the back and hanging another. We learn in Episode 5 that Jamie Dutton had to pull strings to sweep all of that under the rug.

We learn that when Kayce goes to see his brother, at the request of John, to see his reaction when Kayce tells him they know who orchestrated the attacks on them. Last episode, John met with Thomas Rainwater, who had information about who ordered the hit on the Duttons. When John opens the file, he sees a prison record for a man with the last name Riggins and mugshot and claims he does not know the man, which makes it all more confusing. The man has been in prison for 20 years, so at the time, we did not know his beef with the Duttons.

John sent Kayce to see Jamie to look into his prison file, find out who he’d shared a cell with in the 20 years he was there, and to set up an interview with him. Without hesitation, Jamie says he will do it, solidifying Kayce’s belief that Jamie had nothing to do with the attacks. Before he walks out of Jamie’s office, Kayce says, “I love you, brother.”

Not us tearing up at this moment. Nope. #YellowstoneTV pic.twitter.com/Rj3Pnx7p6h

Elsewhere, Beth was offered a job with Market Equities, Lloyd cut corners while treating the cattle who had pink eye and had words with several people including Walker, Rip, and John. Later, Rip had to break up a fight between Lloyd and Walker and had to enforce the #1 rule at the ranch: no fighting. If anyone wants to fight, they are supposed to fight Rip.

They broke the cardinal rule of the ranch. #YellowstoneTV pic.twitter.com/LFbr3K6P9G

We also followed Jimmy on his trek to 6666 ranch in West Texas. Hopefully we will be seeing him again soon! At the end of the episode, Jamie gets the prison records for the man who orchestrated the attack on his family and was reading through his former cell mates, when he said, “Oh my, God.”

It was a blink and you’ll miss it moment, so we will explain it to you.

One of the many names he read, which was a list of Riggins’ cell mates over the years, included Garrett Randall. Jamie’s biological dad’s name is Garrett Randall and the two have gotten quite close over the last few months.

Earlier in the episode, Jamie was with his birth father at his very own property that he purchased and it seemed like they were both going to live there together. Before Jamie went to work that morning, he thanks Garrett for giving him the strength to finally venture out on his own. Garrett said, “You always had the strength, son. I just helped you to find it.” This puts Jamie is a tough position between the man who gave him life, and the man and family who raised him.

The previews for next week look intense. Jamie sits down with Riggins in prison, and also has to face his birth father, who we now know likely orchestrated the attack of the entire Dutton family and business.