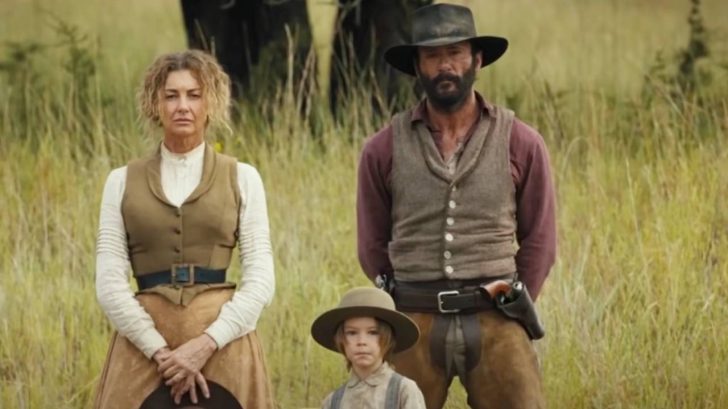 The highly-anticipated show will follow the Dutton family’s decision to move to Montana in hopes of escaping poverty. 1883 also highlights Manifest Destiny, a belief that drove settlers to dispute with Native Americans who occupied the plains. According to Deadline, production will begin in Texas in late summer 2021, and the series is expected to debut on Paramount+ December 19th.

Hill broke the news herself, sharing the title page of the first episode’s script with her name on it. She wrote, “Finally the day has come when I get to share some exciting news with you!“

Her husband also shared his excitement over the upcoming project.

“Hey guys,” McGraw said to open his video message. “So a lot of you probably have heard by now that we’re on to a new project…we’re pretty excited about it. Faith and I get to star alongside Sam Elliott, I mean goodness gracious, for the new ‘Yellowstone’ prequel called 1883.”

The country singer continued to praise the show’s writer and creator and said he and Hill “couldn’t be more excited,” while also revealing he’s been growing out his beard for the role.

We have learned that Tim and Faith will be playing none other than the original patriarch and matriarch of the Dutton family, James and Margaret Dutton. Their characters are the grandparents of Kevin Costner’s John Dutton. Sam Elliott will be playing a man named Shea Brennan, who TVLine described as “a tough-as-nails, handsome cowboy with immense sadness in his past.”

With December 19th fast-approaching, the series has released the full cast list. The following are series regulars alongside McGraw, Hill, and Elliott.

To see which role each actor will be playing, click here.

Watch the official trailer for 1883, which was released on November 21st, below. We can’t wait for December 19th!