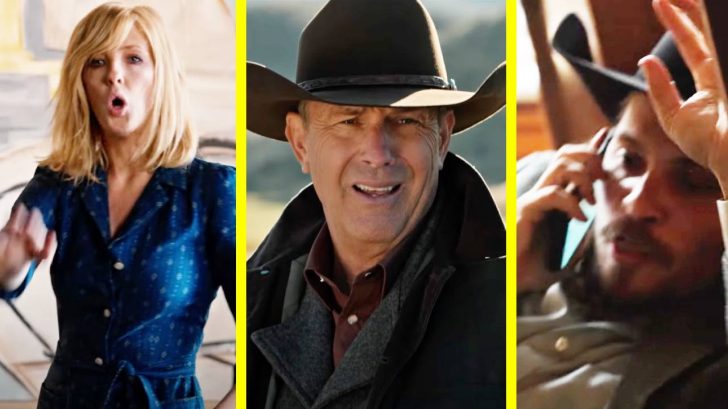 On Wednesday (Sep 1), Yellowstone announced that the Season 4 trailer would be released on Thursday, September 2. The teaser on Facebook alone got over 300,000 views.

“Raise your hand if you want to see the season 4 trailer! It’s coming tomorrow,” they wrote accompanying a new teaser.

Just last week, the show announced when Season 4 will be premiering – November 7! And not only that, we will be getting TWO episodes that night!

We also found out that the highly-anticipated prequel series, 1883, which will star Tim McGraw, Faith Hill, and Sam Elliott, is “set for premiere on Sunday, December 19 on Paramount+.”

Since it has been a summer series, fans assumed it would again premiere in the summer of 2021, but there was no announcement of a Season 4 premiere in the Spring. We knew filming was pushed back just a bit, but we didn’t think it would affect the premiere date so much! But on July 1, the Yellowstone social media accounts shared a one-minute video with the caption “Revenge is coming,” which answered some questions, the main one being: When will Season 4 premiere?!

After about 50 seconds of clips from the first 3 seasons, the screen read, “Revenge will be worth the wait…Coming this Fall.”

It also showed the very first clip from the upcoming season, which shows Rip finding John on the side of the road after being shot. He runs to him and passionately yells, “John, don’t you die on me now. Not like this. You hear me?!”

For almost a year, Yellowstone fans have been wondering what will happen to the Dutton family after the epic cliffhangers at the end of Season 3. John was gunned down in the street, a bomb exploded in Beth’s office, and Kayce’s office was ambushed by gunmen. Meanwhile, Rip couldn’t get ahold of any of them and Jamie told him he shouldn’t call anymore.

If you need to refresh your memory, here’s a recap of Season 3:

The official Season 4 trailer dropped on YouTube and the show’s social media accounts and it looks incredible. While we don’t know the fate of our beloved Dutton family members, and Jimmy, we do see the rest of the main cast get into some epic situations. We can’t wait!