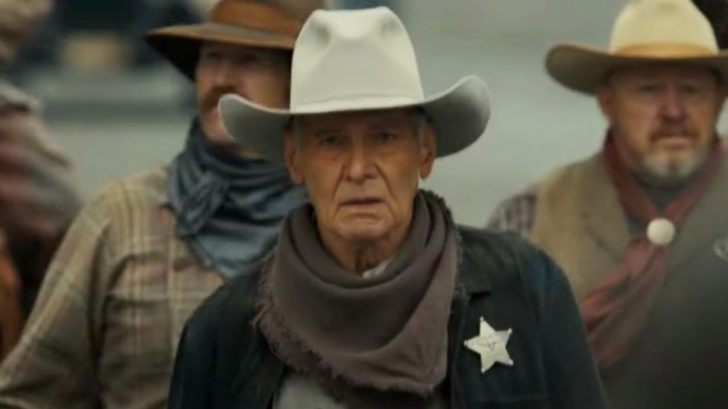 The Yellowstone universe is continuing to expand with the addition of a new prequel series, 1923. Its predecessor series, 1883, followed the Dutton family on their journey across the American West to the eventual location of the Yellowstone ranch.

1923 will pick up with a group of new characters, including Jacob Dutton, the brother of 1883‘s James Dutton. The series will show how Jacob and the other Dutton family members work to build up their ranch in the midst of one of the most trying times in American history.

Harrison Ford plays Jacob, while Helen Mirren portrays Jacob’s wife, Cara. We got out first look at the two characters when 1923 shares a series of promotional images over the weekend.

Then, fans finally got to see Ford and Mirren in action when 1923 released its first teaser trailer on Sunday (November 13).

The trailer is narrated by Isabel May, the young actress who played Elsa Dutton in 1883.

In an interview with Vanity Fair, Ford said:

“The Duttons live by a code of behavior that they set for themselves and it requires complicated moral and ethical judgment. It’s not just the physical life that’s hard. The challenges that they face from modernity, the challenges to their way of life, to their freedom and the opportunities that they’ve enjoyed, is a big part of the story.”

We’ll get to see the Duttons’ story unfold when 1923 premieres on December 18 on Paramount+. Enjoy the show’s first teaser trailer by checking out the video below.