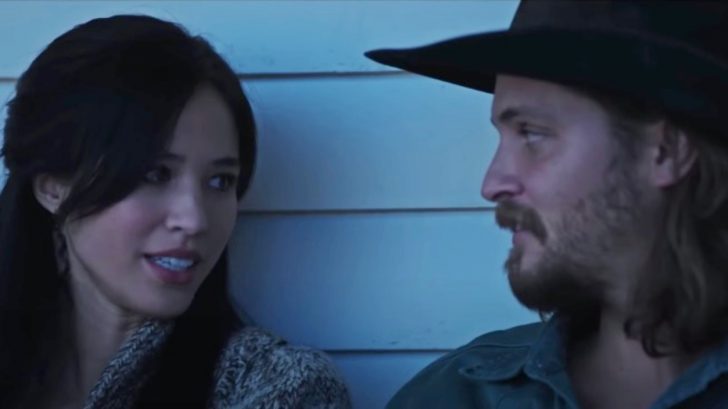 There’s a lot to unpack in the newly released trailer for Yellowstone‘s fifth season.

For starters, we see John Dutton being sworn in as governor after previously announcing his decision to run for office in Season 4. We also see a slew of enemies, new and old, who want to bring the Duttons down.

One thing fans were quick to notice was Monica Dutton’s change in appearance from last season. In a brief moment toward the end of the trailer, we see a clip of Monica that shows her sporting a shorter, bob-length hairstyle.

This new look is quite the departure from the long hair Monica had in past seasons. In fact, she still has her longer hair in earlier scenes in the trailer.

Needless to say, fans were shocked to see her change in appearance at the end of the trailer.

Also, in earlier trailer scenes that show Monica, she is seen with a bandage taped over her nose. This left fans wondering what happened that would have resulted in such an injury.

There’s yet another thing to note about Monica in the trailer. If you recall, near the end of Season 4, Monica told her husband, Kayce, she was pregnant with their second child. But in the trailer for Season 5, Monica has doesn’t appear to have a noticeable baby bump.

It’s pretty obvious the events of Season 5 are unfolding months after everything that happened in Season 4. Why is it so obvious? Because when we left off in Season 4, John hadn’t started his campaign for the governorship. When we pick up in Season 5, he’s being sworn in as the governor. So clearly some time has passed.

That means Monica may have given birth during the time that elapsed. If so, it makes sense why she’d choose to cut her hair. A shorter hairstyle would be easier for her to handle if she’s busy taking care of a newborn. But she may have ended up with her short haircut for another reason entirely.

See Monica Dutton’s new look in the trailer for Yellowstone‘s fifth season below. The season kicks off on November 13, and we can’t wait!