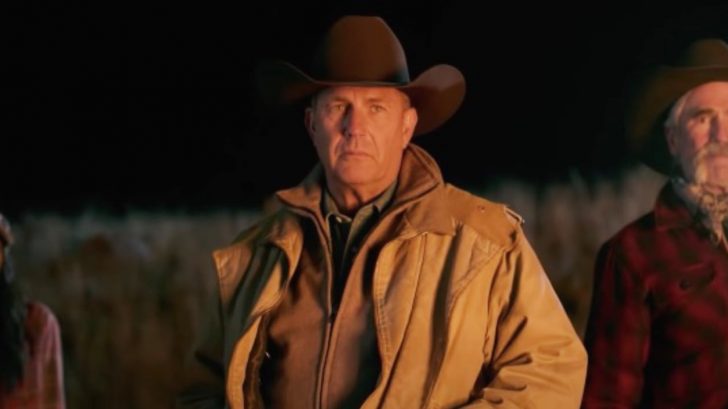 Ever since the Season 3 finale in August 2020, Yellowstone fans have been waiting for news about Season 4. The Season 3 finale’s cliffhanger ending has left fans feeling all the more anxious to find out what happened to their favorite characters.

Most people thought Season 4 would debut in June of this year, since all past seasons of the show came out that month. But June came and went, and it was clear a new season of Yellowstone was nowhere in the Paramount Network’s upcoming lineup.

Then, Paramount announced its plans to run a mega marathon of all three seasons of Yellowstone over the Fourth of July weekend. Previous marathons like this also aired around Thanksgiving, Christmas, Valentine’s Day, and Memorial Day.

With a marathon airing around the time a new season typically comes out, fans wondered if Yellowstone‘s creators would share any news about Season 4. And they did!

On Thursday (July 1) Yellowstone dropped its first teaser trailer for Season 4. While most of the trailer contains scenes from past episodes, there is a short clip at the end that comes from the upcoming season.

The trailer unfortunately does not name an exact premiere date for Season 4, but does say, “Revenge will be worth the wait…Coming this fall.”

As you’d expect, fans freaked out when they saw the trailer.

“Y’all are killing me with this,” one person commented on the trailer on YouTube. “Patience is difficult. I can only re-watch the previous seasons so many times in anticipation.”

“Fine bring the revenge already but give me the date!!!” someone else wrote in the trailer’s comments section on Facebook.

“Those final moments gave my anxiety its own anxiety, thanks for that! Will foot you the therapy bill,” wrote one person on show’s Instagram post about the new season.

There were also some pretty priceless reactions on Twitter, which you can read below.

Ahhhhhhhhh I can’t stand this waiting game… what an amazing show, definitely keeps you wanting more…

The wait is KILLING me! I seriously need the season to start ASAP!

You can see what all of the fuss is about when you watch the trailer for Season 4 of Yellowstone below. Be warned, it will spoil parts of past seasons if you’re not completely caught up on the series.