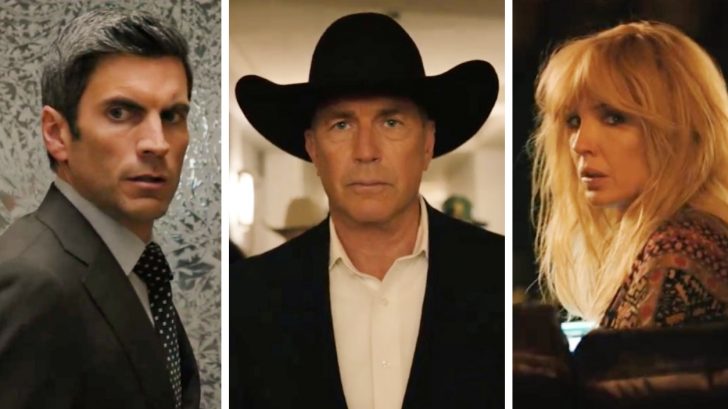 Yellowstone fans have anxiously been awaiting the premiere of the show’s fifth season. They still have to wait a little longer, since Season 5’s debut is scheduled for November 13.

Season 5 will be supersized in comparison to past seasons of the show. It will contain a total of 14 episodes, but those 14 episodes will be split into two halves of seven episodes each.

We’ll also get the chance to meet a few new characters this season. One of those characters is a musician named Abby, who is played by real-life country singer Lainey Wilson.

Viewers finally got the chance to see part of Season 5 when the season’s first teaser trailer was released on Sunday (August 28) during the VMAs.

The clip is only 15 seconds long, but it’s packed full of drama. Those 15 seconds make it obvious that the upcoming season of Yellowstone is going to be intense.

We hear John Dutton’s voiceover say, “We’ll show the world who we are and what we do.” This voiceover plays over clips of Beth, Jamie, Kayce, and Rip. After those clips, the words “All will be revealed” appear on a black screen.

The teaser also reveals the fact that the Season 5 premiere will be a “two hour premiere event.” We can’t wait to see it!

Watch the teaser trailer for Yellowstone‘s fifth season below.