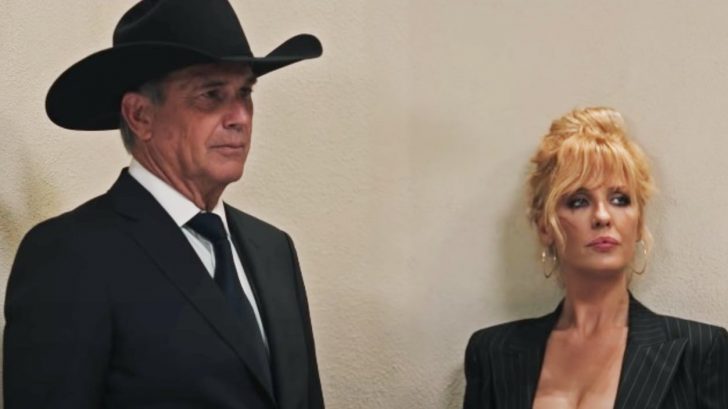 According to Deadline, Yellowstone‘s Season 4 finale in January drew in 9.3 million viewers. With simulcast and Paramount Network encores factored in, the season finale generated over 11 million viewers.

After drawing in massive viewership numbers throughout Season 4, Yellowstone was named the #1 series of 2021 across broadcast, cable, and premium.

Despite its immense popularity, Yellowstone has never won an Emmy Award. Though after Season 4’s success, fans were certain the show and its stars would receive some recognition this year.

But to everyone’s shock, the show was once again snubbed by the Emmys. Nominations were announced on Tuesday (July 12), and Yellowstone didn’t receive a single nod.

People were particularly upset on behalf of Kelly Reilly, who plays Beth Dutton:

“Kelly Reilly REALLY deserved an Emmy nomination this year for EATING up everyone on Yellowstone and I truly think it’s the biggest snub of the year,” wrote Twitter user Aaron Rian.

Another Twitter user named KD said, “The fact that Kelly Reilly hasn’t been nominated for a Emmy for her performance as Beth in Yellowstone is absolutely mind blowing.”

“That’s just tragic that Yellowstone was not nominated for any Emmy awards!” tweeted @shely.

Monique Kostelac shared a reaction on Twitter too, saying, “Having a look at the Emmy nominations and like… Where’s Yellowstone? Has nobody seen Kelly Reilly in that? Or Kevin Costner?“

Having a look at the Emmy nominations and like…

Where's Yellowstone? Has nobody seen Kelly Reilly in that? Or Kevin Costner? pic.twitter.com/pLmjCx3C4R

1883 did not receive a nomination in any of the major categories. Fans were shocked to learn its stars Isabel May, Sam Elliott, Tim McGraw, Faith Hill, and LaMonica Garrett also did not receive any nominations for their performances.

Although Yellowstone was snubbed by the Emmys, excitement surrounding the series remains at an all-time high. Season 5 is currently in production and will debut in November. Another new prequel series, called 1923, will premiere in December.

Get a full recap of everything that went down in Yellowstone‘s fourth season by tuning in to the video below.