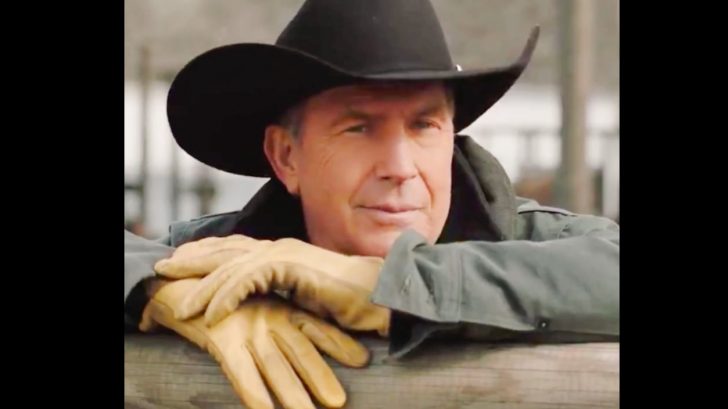 Due to the current world environment, many people are opting to stay home to celebrate Valentine’s Day this year. If you’re one of those people in search of some plans to make the day exciting, look no further than your own TV!

On Tuesday (February 9) Paramount Network announced its plans to run a marathon of its standout series, Yellowstone, over Valentine’s Day weekend. The marathon has been named in honor of the show’s lead actor, Kevin Costner, who plays John Dutton.

Called “The We Love Kevin Costner Marathon,” the extravaganza will kick off on Saturday (February 13). Those who snuggle up on the couch to catch the marathon will be treated to every episode from all three seasons of Yellowstone.

In addition, the Paramount Network will air two of Costner’s most iconic movies, Draft Day and The Guardian. So you’ll get more than your fair share of Costner content if you tune in to the marathon!

This marks the third time within recent months the Paramount Network has aired an every episode marathon of Yellowstone. Previous marathons aired around Thanksgiving and Christmas.

If you missed either of those two marathons, now’s your chance to get caught up on the series. The cast and crew already wrapped on filming the show’s fourth season, which will likely start airing this summer.

On top of all that, Yellowstone is gaining a prequel series.

Just days before announcing this new marathon, Yellowstone shared the news that a prequel series called Y: 1883 will be available on Paramount’s streaming service Paramount+ later this year.

According to a press release, the new series will follow John Dutton’s ancestors on their journey across America to settle out West.

To put it simply, this is an exciting year for Yellowstone fans! And it all starts with “The We Love Kevin Costner Marathon.”

Tune in to the clip below to learn more about the Valentine’s Day weekend marathon. We know we’ll be tuning in!

Two movies AND all three seasons of #YellowstoneTV? We know exactly what you want this weekend. The We Love Kevin Costner Marathon begins on Saturday at 12pm ET, only on @ParamountNet. @modernwest pic.twitter.com/BssnvC5WR2