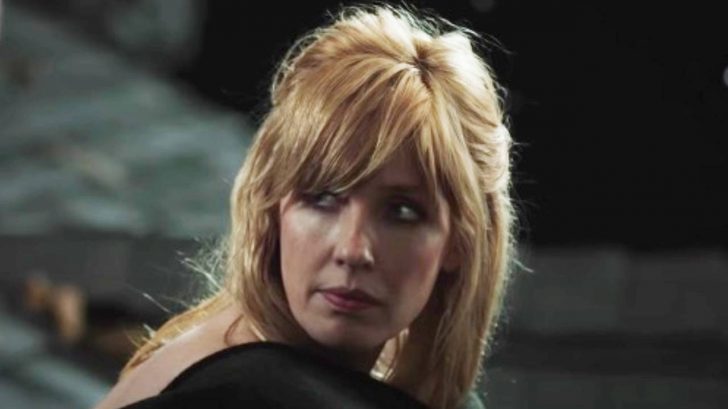 If you haven’t caught up on the hit TV show Yellowstone, you may not want to read this! Many spoilers are ahead.

Season 3’s finale left the fate of several characters in the air: John, Kayce, and Beth Dutton, as well as Jimmy. John was shot by a gunman while helping a woman change a tire on the side of the road, Kayce’s office was ambushed by gunmen, and Beth’s assistant opened a package – which turned out to be a bomb – while they were packing up their office. Jimmy decided to get back on a rodeo horse and was bucked off and the season ended with him laying unconscious in the dirt.

Not much is known about the upcoming Season 4, except that they have already finished filming it. Many of the actors shared pictures on social media during their time on the fictional Dutton Ranch, including Chief Joseph Ranch, where they filmed.

But thanks to some eagle-eyed fans of the show, there is now a theory that Beth makes it out of Season 3 alive. Show-runner and creator Taylor Sheridan held an auction on February 13 and a trail ride and lunch with the actress who portrays Beth, Kelly Reilly, was a prize.

The auction made fans believe that Reilly was on-set in Montana for the auction and to film Season 4. But unfortunately, Season 4 wrapped months ago. Plus, Reilly isn’t even allowed to say if she was on set at all!

In a recent interview with Screenrant, Reilly spoke about the intense Season 3 finale.

Though she did allude to know what does go down on Dutton Ranch in Season 4.

“What I can say is that season four has been shot, and that it’s wonderful what happens. I will say that,” she revealed.

Guess we will have to wait until the summer to really find out Beth’s fate – but we hope she makes it out alive! Beth is one of our favorite characters.