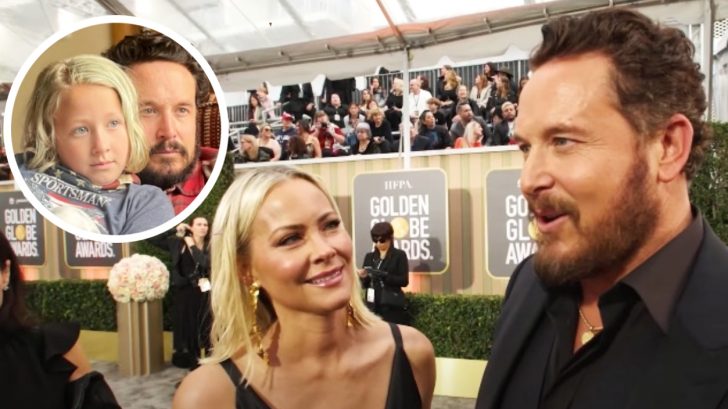 Yellowstone star Cole Hauser and his wife, Cynthia Daniel, share three children. They have two sons Ryland and Colt, who were born in 2004 and 2008. They also have a ten-year-old daughter, Steely.

Cole has played Rip Wheeler on Yellowstone since the show’s first episode in 2018. Rip is the longtime love interest (now husband) of Beth Dutton, who is played by Kelly Reilly. Naturally, Rip and Beth have been involved in many steamy scenes over the course of the show’s five seasons.

Us Weekly interviewed Cole and Cynthia on the red carpet at the 2022 Golden Globe Awards. During the interview, the couple shared what their kids think about their father’s romantic scenes on Yellowstone.

Speaking about Steely specifically, Cynthia sad, “I can say our daughter does not like seeing Cole kiss Beth on this show. It makes her really uncomfortable.”

“Yeah especially at first, she was like what the h— is that...” Cole said. He added that Steely was so upset she “almost ran out of the room.“

Cynthia admitted it was also “a little intense” for her personally when she watched the first romantic scene between Rip and Beth. But she and the kids have since gotten used to seeing such scenes, and they share a great relationship with Kelly.

“Kelly is such a cool girl, and she makes it very comfortable,” she said.

You can watch Cole and Cynthia’s full interview in the video below. They talk more about Rip and Beth’s relationship, share which one of Cole’s projects their kids like most, and discuss Yellowstone‘s future.