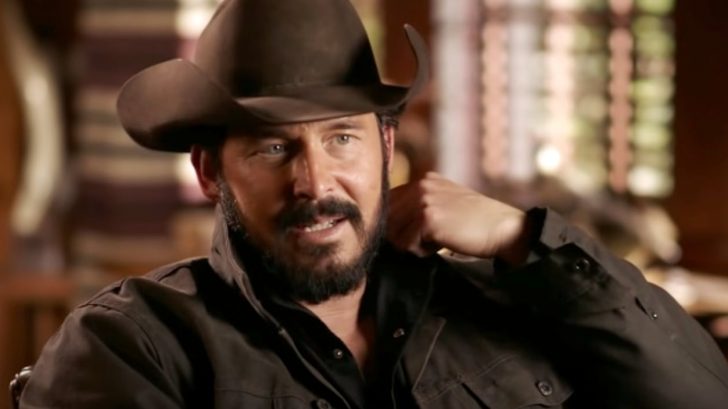 Yellowstone‘s fourth season will come to an end on Sunday night (January 2). Viewers will be blown away if the Season 4 finale is anything like the dramatic Season 3 finale in 2020.

Based on some comments from one of the show’s stars, it sounds like the Season 4 finale will deliver the drama as well.

Cole Hauser, who plays Rip Wheeler in the show, spoke with TV Insider about the Season 4 finale. He promised fans the episode will be “a very wild finish” to Season 4.

But Hauser didn’t say much beyond that, and didn’t give away any spoilers. So that’s the only tidbit of information viewers have to go off of until the finale airs.

I’m not ready for the season finale of @Yellowstone next Sunday. This show is just too good to end?

I can't believe the Yellowstone season finale is next week! #YellowstoneTV

Season finale for Yellowstone is going to be intense!

If you recall, Season 3 ended in a major cliffhanger as the fates of John, Beth, and Kayce Dutton were all left hanging in the air. There’s a chance Season 4 could end in a cliffhanger as well.

This is something Hauser hinted at, saying the show’s creator, Taylor Sheridan “leaves the audience thinking.”

“Whether you end with romance, death or destruction, he’s wonderful at keeping you on the edge of your seat. That’s why the show has been so successful,” Hauser said.

It’s hard to believe that Yellowstone’s fourth season is nearly over. Check out the video below for an inside look into how the cast and crew put the season together.

Who else can’t wait for the Season 4 finale of Yellowstone? Do you have any predictions for what will happen in the episode?