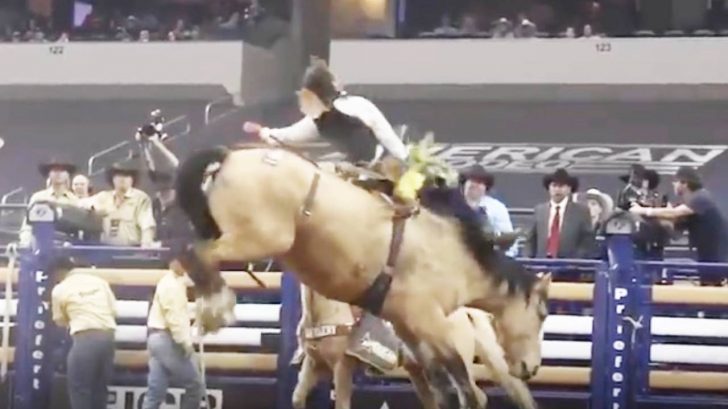 WhileYellowstone is about the Dutton family fighting for their ranch, they try to make the cowboy and ranch life as authentic as possible. That’s why they have real-life cowboys in their cast. Forrie J Smith, who plays ranch hand Lloyd, competed in the rodeo circuit before moving to Hollywood to be a horse and stunt man.

Of his time on set, Hooper said, “Yes, it was a cool experience. I’d love to do it again. The scene I was in, we shot it 30 times before it was just right. It’s neat to see all of the moving parts and how everything works.”

Hopoer also said, “For the bucking scenes, they did all of those in one take, but there was a lot of stuff leading up to it that we did 20 takes of. But the riding part, they understood the danger there. That is what I noticed, they respected the bucking horses and made it as safe and as good as possible.”

Anyone else seeing double?!

Just like last year, Tilden Hooper wins The American on Frontier Rodeo's Gun Fire, this time with 91 to beat Kaycee Feild by a half-point ?? pic.twitter.com/SQQ3MJTBlf