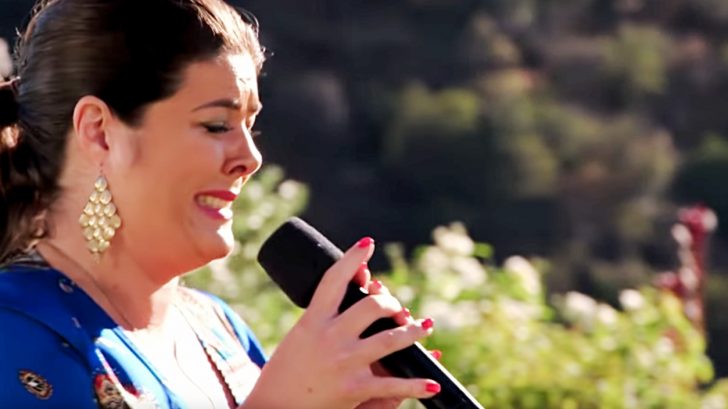 Singing Kelly Clarkson’s heart-melting ballad “Piece By Piece,” Louise Setara couldn’t maintain her composure while pouring her heart out after revealing to the judges that this song was meant for her husband who died last year.

Her Family Was Her Whole Life

Setara, who is the loving mother of two young boys, once had a recording career of her own – but she gave it all up to marry the man of her dreams and build a family with him.

Her dreams had all come true – until one fateful day in 2017 when she got a phone call that would change her life forever.

Her husband, William, was killed by a drunk driver while riding in a horse-drawn buggy. The driver was later sentenced to four years in prison.

Her Musical Beginnings…And How She Found Her Way Back

Ten years ago, when Setara signed her recording contract, she worked tirelessly to put together her very first album and just after, met her late husband.

After his passing, she was determined to show her two boys that anything they dream can come true – no matter the circumstances. In her run on X-Factor, she kept the death of her husband a secret until her very final performance at the judge’s house – and when asked in her audition if she’d change anything about her past (and giving up music) she adamantly said “no.”

Once at the judge’s house for her final performance on the show, Setara revealed to the three judges the tragic story of her husband’s passing and explained how Clarkson’s “Piece By Piece” meant so much.

Pouring her emotions and heartfelt passion into this one-of-a-kind performance, you could visibly see the effect the song had on her. As each note passed, she grew more emotional and shaken with the song’s beautiful meaning.

By the end, she broke down in tears, crippled by the pain of losing her husband because he was an incredible man to her and the beloved father of their children.

Truly, this is one of the most emotional performances we’ve ever seen on X-Factor and we know you’ll love it too.

Watch Louise Setara sing “Piece By Piece” below and keep a box of tissues handy, y’all.