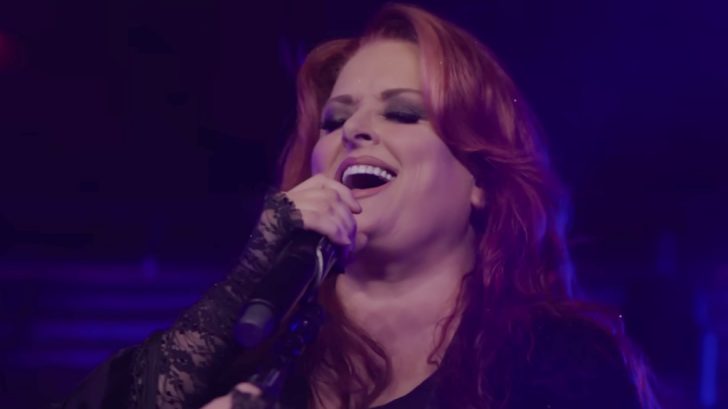 Wynonna Judd is honoring her promise to keep singing despite the heartache she has endured in recent weeks following the unexpected death of her mom, Naomi.

On Tuesday (May 24), Wynonna released a new song called “Other Side.” The song is a collaboration with indie artists Katie Crutchfield, also known as Waxahatchee. Wynonna and Waxahatchee recorded the song along with Wynonna’s husband, Cactus Moser, at the couple’s farm near Nashville.

“In the midst of everything that has happened, I said that I would continue to sing. So, here I am. I met @waxa_katie last year and we connected immediately. We recorded ‘Other Side’ in the studio here on the farm and it was one of my favorite recording experiences ever,” Wynonna wrote. “I’m thankful for the opportunity to sing with the next generation of greatness.”

In a statement released to media, Crutchfield said that working with Wynonna and Cactus was a highlight of her career.

“Working with Wynonna and Cactus on this song was one of the more creatively stimulating and exciting experiences I’ve had in my songwriting career,” Crutchfield said. “Wynonna is an icon and a fountain of wisdom. Sharing space with her to create something new was really nothing but a joy and an honor. Her spirit inspires me daily and her continued encouragement has meant the world. Together, with Cactus, we made an amazing team and I’m so excited to share this song.”

In a post made to Instagram, Crutchfield praised Wynonna and said that working with the legendary artist served as a “refresher course” on showing up for the love of music.

“I first started working with Wynonna about 2 years ago & I can’t really explain how much our relationship has meant to me. Her talent & presence & personality are all so vibrant & larger than life – but above all else, her desire to be creative & present with the work we did really affected me for the better…..Wynonna has reached every milestone someone could possibly reach & it was so beautiful to just sit in her presence, soak up her aura & see what direction the collective spirit moved us to go.”

The song’s release comes less than one month since Wynonna’s mom and The Judds’ singing partner, Naomi Judd died, and one week after Wynonna’s first public performance since her death. Wynonna took the stage at Naomi Judd: A River of Time Celebration, a public memorial service that took place at the Ryman Auditorium. During her appearance there, Wynonna announced that she was going to keep singing and honor the dates that she and her mom had scheduled for their The Judds: The Final Tour that will kick off later this year for an 11-city run.

Hear Wynonna and Waxahatchee’s new single, “Other Side,” below.