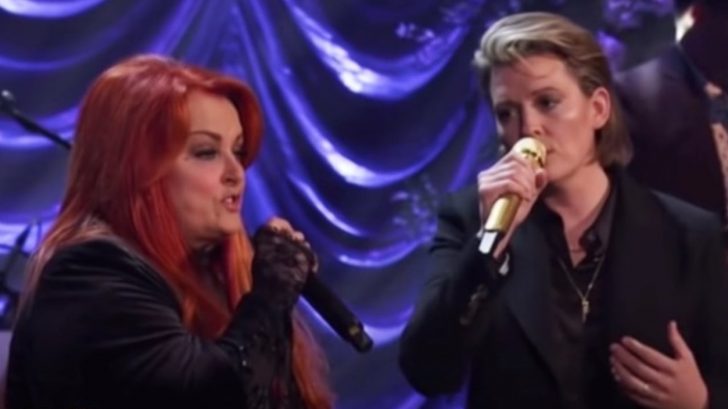 Naomi Judd was remembered during a memorial service held at the Ryman Auditorium on Sunday (May 15). The entire service was broadcast live on CMT without commercial interruptions.

Performers included Brad Paisley, Carly Pearce, and Emmylou Harris, among others. Naomi’s daughter and singing parter, Wynonna, took to the stage several times herself to honor her through song.

Wynonna sang two of The Judds‘ most meaningful tunes: “Love Can Build a Bridge” and “River of Time.” The latter song inspired the name of the memorial service, which was also the name of Naomi’s 2016 memoir.

During the service, Wynonna paired with Brandi Carlile for a performance. The duo sang Bette Midler’s “The Rose,” which Bette released in 1980. Wynonna got the chance to sing the song with Bette in 1997.

“The Rose” has been covered numerous times, most notably by country singer Conway Twitty. His 1983 cover of the track reached the #1 spot on the Hot Country Songs chart. It was also a #1 country hit in Canada.

Wynonna and Brandi’s cover of “The Rose” was powerful to say the least. Although strong, their voices were full of heartache.

Those who watched the duet were incredibly moved by what they witnessed:

“As soon as Wynonna began to sing, my tears began to fall. To be able to continue on singing…she is such a strong, beautiful and courageous woman. God bless you & your family,” commented one viewer on YouTube.

Another person wrote, “That must have been so hard to Wynonna to duet with someone not her precious mom and here she was doing it. Big props to Brandi for being such a great and respectful partner. You can tell she [was] so wanted there as a friend, an admirer, someone who cared.”

You can watch Wynonna and Brandi’s performance of “The Rose” in the video below. Our hearts go out to all of Naomi’s loved ones and friends during this sad time.