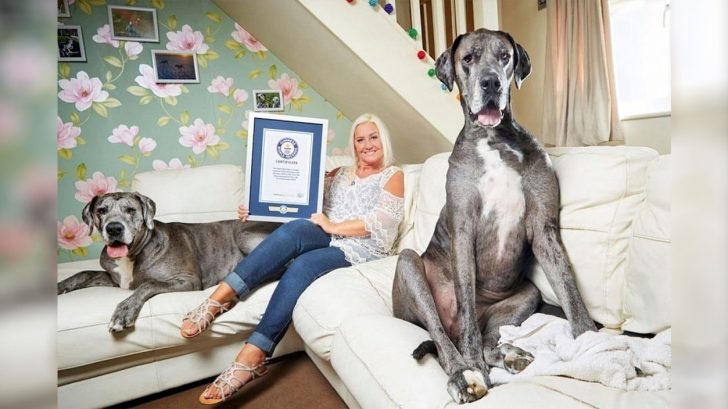 Man’s best friend can come in all shapes and sizes and occasionally that size is bigger than the owner. Such is the case for dog owner, Claire Stoneman who lives with two Great Danes – one of which, has set the world record for the largest dog ever recorded.

Stoneman’s dog, Freddy is a Great Dane who has officially taken the title of the world’s tallest dog, and as a result, has received a Guinness World Records certificate to seal the deal. Freddy stands at a shocking 7 feet and 6 inches.

Stoneman adopted both Freddy and his sister, Fleur when they were 5 weeks old and had no idea how big he would get! The gigantic dog began life as the runt of the litter, but experienced an astonishing growth spurt until he reached his current size.

Despite his large size, his owner says that Freddy is extremely gentle and friendly.

For more of Freddy, check out the video below.