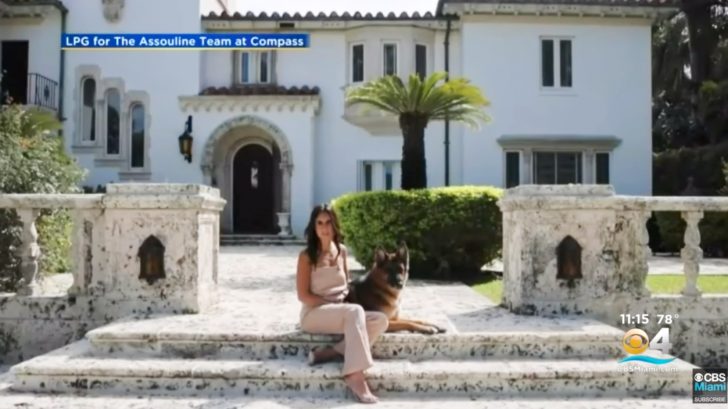 Gunther VI, the multimillionaire German Shepherd is selling his mansion in Miami for $31 million that was bought from the popstar Madonna back in 2000 for $7 million.

“He literally sleeps overlooking the most magnificent view in an Italian custom bed in the former bedroom of the greatest pop star in the world,” Real estate agent Ruthie said, according to Daily Mail.

In 1992, Gunther III was said to have received a multimillion-dollar trust that was reportedly worth $58 million from its owner countess Karlotta Liebenstein who died that year. Since then, a group of handlers have been watching over the Gunther family and all their properties.

The Tuscan-style villa is located right on the waterfront of Biscayne Bay and sits on a 51,000-sq.ft lot. It has 100 feet of water frontage with lush landscaping and a view of the ocean where the new owner will be able to soak up some Flordia sunshine.

The home is one of only six waterfront homes in the exclusive enclave and is 8,400-sq.ft. In addition to having 9 bedrooms, it comes equipped with 8.5 bathrooms, a fireplace, a pool, and a garage.

Learn more about this amazing home and the world’s richest dog in the video below.