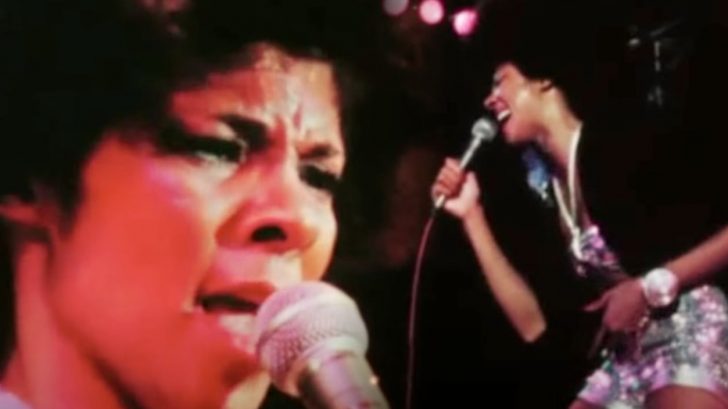 The music world is in mourning following the death of an iconic artist.

Betty Davis released her debut, self-titled album in 1973. She wrote all of the songs that appeared on the album.

Even though the album did not chart, it still managed to establish Davis as a pioneer in the funk music community.

Davis was known for her sensual lyrics, which made her a controversial figure. But as she told The New York Times in 2018:

Davis released her sophomore album, They Say I’m Different, in 1974. Her third album, titled Nasty Gal, was released in 1975. She wrote or co-wrote all of the songs that appeared on those records.

They Say I’m Different was Davis’ most successful album, as it reached the 46th spot on the Top R&B/Hip-Hop Albums chart. Nasty Gal peaked at the chart’s 54th spot.

Davis was also known as the second wife of trumpeter and band leader Miles Davis. The couple was only married for a year, but during that time Davis helped spark her husband’s interest in new musical styles.

After releasing Nasty Gal in 1975, Davis disappeared from the music world. She told The Washington Post in 2018, “I didn’t just fade off the planet. I just decided that period of my life had changed.”

Davis released a fourth and final album in 2009. Titled Is It Love or Desire? the album contained material she recorded in 1976.

In 2017, Davis’ career was covered in the documentary Betty: They Say I’m Different. The documentary introduced a new generation to Davis and her music.

Unfortunately, news broke that Davis passed away on Wednesday (February 9, 2022). Variety reports she died at her home in Homestead, Pennsylvania.

Some outlets, such as Variety, report that Davis was 76 at the time of her passing. Others, such as Rolling Stone, state she was 77.

Davis’ friends, fans, and fellow artists mourned her passing through tributes posted to social media. “Knowing her was the greatest honor of my life. I love you, Betty,” wrote Davis’ friend Danielle Maggio.

Devastated by the passing of my dear friend, pioneering songwriter, singer and producer, #BettyDavis. There was no pain or fear as she left this physical world. Knowing her was the greatest honor of my life. I love you, Betty. Your music and spirit will live on forever. pic.twitter.com/8pZAK6nS0S

rip to the great rock star, betty davis! ? the world will simply never be the same. forever in our hearts, minds, and influence. pic.twitter.com/BxnJmPrKmD

Prince was moved by the work of funk legend Betty Davis, and even played her track "If I'm in Luck, I Might Get Picked Up" during a 2012 interview with the @ChicagoTribune. "I play Betty Davis for @AndyAllo and say, 'This is what we aim for,'" Prince said. pic.twitter.com/DTFm07FK4n

Betty Davis has passed & I'm heartbroken. She was a huge inspiration to me as a woman & artist, a blueprint for me stepping out into the world determine to (as in the lyric of Sly & the Family Stone): BE MYSELF. God rest her soul. And her music rocked to the highest.

Our hearts go out to Davis’ friends and loved ones during this sad time. May she rest in peace.