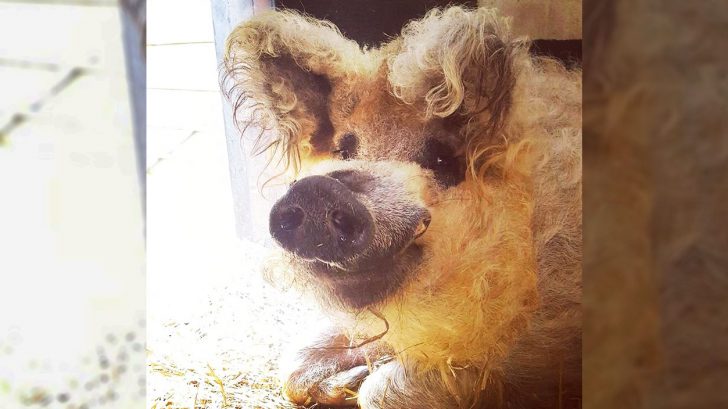 There’s a new girl in town and she goes by the name Wooly. Taking the internet by storm are the cutest, cuddliest animals on the farm: wooly pigs. They have soft, fluffy fur like a sheep but the face and body of a pig!

Come snuggle with Herr Fuggle on the longest night of the year. Join us for a beer at the bonfire. We are open from 4 to 9.

Their formal name is the Mangalitsa. Mangalitsa’s are all pig but have been known to carry other animal characteristics. Actually, it has been rumored that these sweet animals carry dog-like personalities! In an interview with Wide Open Pets, Wilhelm Kohl, a Mangalitsas breeder explained: “If you treat them nicely, they’ll become as tame as dogs – They’ll follow you, play with you.”

So you’re probably curious just why these furry friends are just now gaining popularity and the explanation is quite odd! The breed gained popularity in Hungary during the 19th century, but ‘nearly disappeared’ altogether when communism took over the country. Their rescue came from animal geneticist, Peter Toth in 1989 when he made a big effort to save these rare pigs.

Since then, several Mangalitsa farms have gained attention! Kohl has created Royal Mangalitsa out of his Michigan home. He has taken the time to educate interested individuals on the unique breed so they can learn more about their background and heritage.

Who else thinks they are going to add “Mangalitsa Pig” to their Christmas list now?!

Watch the adorable animals in their natural habitat below.