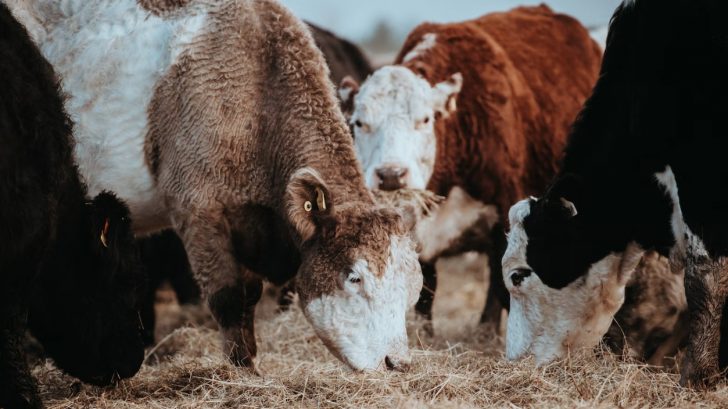 It was a very sad day for a 55-year-old woman walking her dog in a peaceful village in West Sussex. She was trampled by a herd of cows and found “covered in blood,” by local residents who rushed to help her.

They called emergency services and they sent the police, paramedics, and a medical helicopter to try and save the woman’s life, however, her injuries were too severe and she ended up dying. Police said that rescue efforts lasted for more than an hour as they desperately tried to use CPR to save her life.

“She was still breathing when my neighbors started CPR and that lasted a long time, probably a good hour,” MEAWW reported the victims sister saying. Soon after, she sensed something was wrong when the “doctor came to the nurse and took her back, then they stopped CPR.”

The victim’s sister was notified through Facebook about her sister’s incident and told her that the dog had been found and she rushed to the scene.

Recalling the incident, one local said, “I was home just after it happened and by the time I got there, my neighbors were trying to resuscitate her. I saw the police, ambulances and the air ambulance – then the woman’s sister ran out and saw her lying in the field.”

Police said the incident took place at around 11:40am on Monday, August 22, 2022, while the woman was walking her dog in a field along Rower Road. 30 Limousin cattle were said to have ambushed her and trampled her to death because she had a dog with her.

MEAWW reported that the farm had signs put up all over that read, “Cows with calves are dangerous, don’t cross the path if you have a dog with you.”

The woman’s death came as a major shock to the small today. New York Daily Paper, reported that the woman was described by several people in the town as a gentle person and a lover of animals.

One of the town members said that she worked at a local shop in the town and was often known for walking her dog.

“She was sweet. She loved animals and she loved her dog. She was a gentle person.” The individual added, “The thought of her being trampled by a cow is just horrible. She didn’t even eat them, she was vegetarian. She used to walk past my house with her dog.”

Learn About Staying Safe From Cows In The Video Below