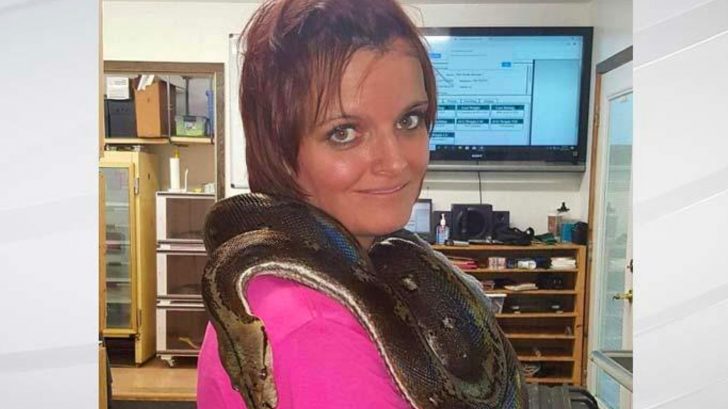 An Indiana woman was found dead with an 8-foot-long reticulated python wrapped loosely around her neck on Wednesday, October 30th, 2019.

According to WTHR, local sheriff’s deputies discovered the woman after responding to a report of an unresponsive woman. 36-year-old Laura Hurst was found dead on the floor by the home’s owner – the sheriff, Don Munson.

The home was described as a “reptile house” by officials and neither Muson nor Hurst actually lived at the property. At the site, more than 140 snakes live there in cages. Sheriff Munson is an avid snake collector and Hurst was, too.

“She got this other snake out, I do not believe belonged to her, but she got the snake out and what happened after that we are still trying to figure out,” public information officer Sgt. Kim Riley told WTHR.

Hurst owned more than 20 snakes and absolutely loved them. An autopsy revealed that she had died from asphyxiation due to the snake strangling her.

WTHR says “The sheriff called it a tragic accident and said no one should handle a snake larger than six feet by themselves.”

Our thoughts and prayers are with her family during this difficult time.