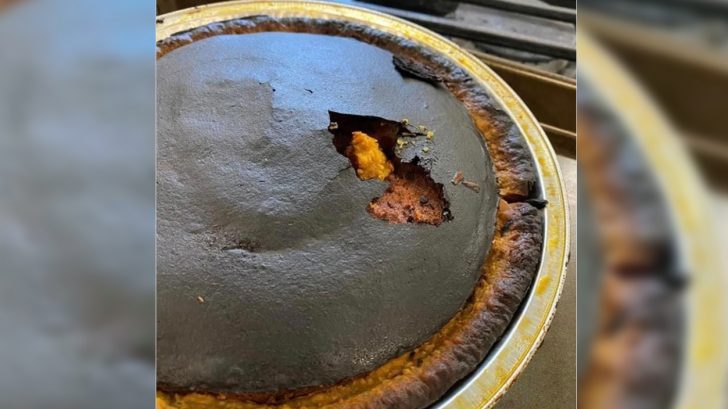 Marie Callender’s food and beverage company took the high road this past Thanksgiving after a woman named Sharon complained on the company’s Facebook page about a pumpkin pie she bought from them.

Sharon posted a picture of the pie that was burnt until black and it has since been deleted but it said, “Thanks Marie Calendar for ruining Thanksgiving dessert.”

The moment Sharon posted the picture to social media, her post began to get bombarded with comments from people roasting her on how it was her cooking skills that ruined Thanksgiving, not the food company.

They pointed out how the directions on the back of the box are to bake the pie at 375 degrees Fahrenheit for 70 to 80 minutes and she clearly was not following the directions.

Nevertheless, even though the public roasted her for blaming the food company for ruining her Thanksgiving, Marie Callender’s was so sweet about the situation and reached out to her in the nicest way.

They replied to her post with a comment saying they apologized that her pie was ruined on Thanksgiving and that they would make it up to her if she reached out to them.

They tried to smooth out the situation and make things better for Sharon but the commenters on the internet would not stop making fun of her with the memes and jokes.

In the end, the post ended up getting deleted by either Sharon or Marie Callender’s Facebook page, probably due to the fact that people wouldn’t stop roasting Sharon.

Overall, at least the story made some people laugh and put a smile on their faces. It also makes a person think twice about how to cook a pumpkin pie the proper way.

Check out the video below to watch how to make a pumpkin pie, the easy way.