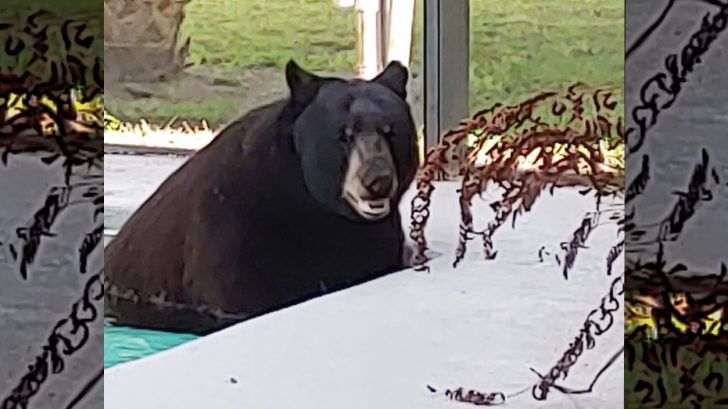 In Naples, Florida, a homeowner woke up to find that an unexpected visitor was taking a swim in her pool.

Karen Bockrath told Channel 8 News the animal tore a large hole in the screen that protected the entertainment space. The bear enjoyed the first dip in the pool so much that the animal began to make regular visits.

“Now that he’s coming into the pool, it does kind of make me a little nervous at times,” Bockrath admitted.

While having a bear as an uninvited house guest would be enough to make any homeowner nervous, Bockrath admits that she enjoys taking pictures of the animal for her family. Her six-year-old grandson is particularly fond of Bockrath’s furry visitor and tells his friends that the bear his grandmother’s “pet.”

Under the circumstances, the bear has been relatively respectful. Outside of the pool screen, the bear has not caused damage to Bockrath’s home. The animal also always uses the same part of the screen to enter the pool area.

“He’s very sneaky. I mean, I don’t see him unless I hear the water moving or I see a ripple across it,” Bockrath commented.