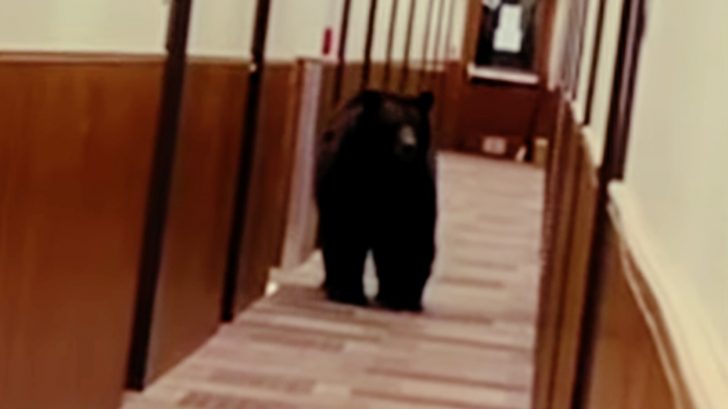 On October 1st, 2020, Anna Williams was staying at the vacation resort, YMCA of the Rockies in Estes Park, Colorado when she encountered a massive wild bear.

The encounter with the bear didn’t happen outside as most encounters do. Video footage that Anna took in the resort showed that the bear had somehow broken into the building and was creeping up and down the hallway, apparently looking for food.

It was clearly a full-grown adult bear and Anna stayed safely in front of the door while she filmed to make sure she had a quick escape. The bear just meandered down the hallway, slowly walking towards Anna until it got to the point where she decided it was time to retreat into the safety of her room.

“The bear seems calm and slowly starts walking toward Williams, who is staying mostly inside her room. After just about a minute, Williams retreats and closes the door,” CBS Local said about the incident.

The Colorado Parks and Wildlife have been notified about the incident and the video, but have not given any further details on it yet. Would you be scared if you opened the door to leave your room in a hotel resort and saw a big bear walking down the hallway? Watch video footage of the bear encounter below.

Video Below Of Bear Walking In Resort Hallway