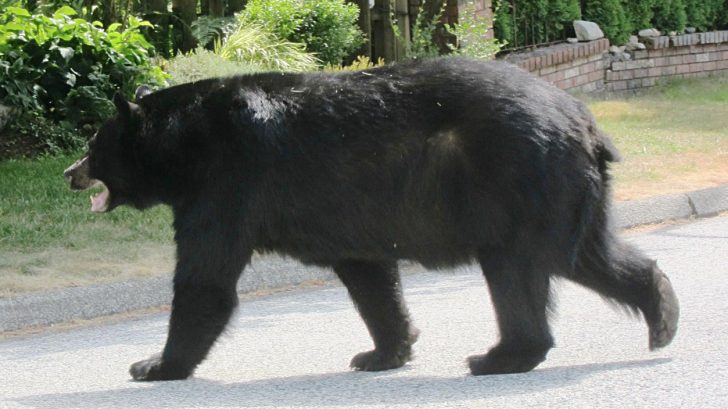 In Sierra Madre, California, a 19-year-old girl was laying outside in her backyard when she fell asleep. She was abruptly awoken by the sound of an aggressive back bear walking towards her looking at her like she’s a snack.

“She awoke to the sound of an aggressive bear that was approaching her and then commenced an immediate attack on her,” Captian Patrick Foy, of the Department of Fish and Wildlife said, according to Los Angeles News.

It happened on Monday, June 15th, 2020. The teenager didn’t provoke the bear, she didn’t get near its cubs, nor did she have any food on her to attract the bear. She was peacefully sleeping with her laptop in her lap when the bear came after her.

When her eyes opened the bear was already on her and began to scratch the girl’s arms and legs. It wasn’t until the bear bit down on her leg that she grabbed her laptop and hit the bear over the head with it. She apparently hit it hard enough to stop it from attacking her and it ran away long enough for her to get back into the house and call an ambulance.

Fortunately, she made it to the hospital with non-life-threatening wounds and is on her way to recovery. DNA samples have been taken from her wounds and the bear is currently being tracked. If found, it will be euthanized.