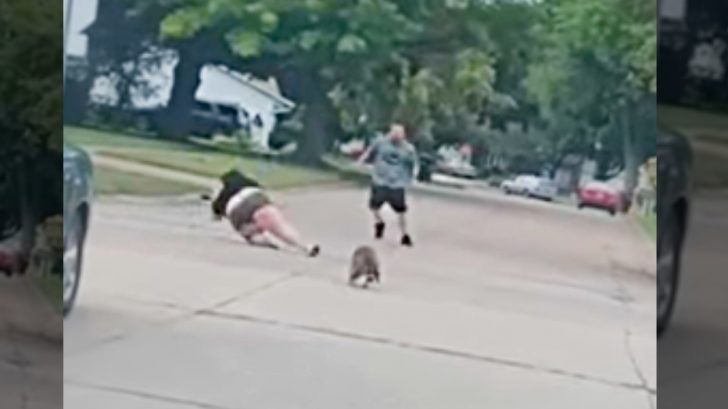 Imagine stumbling upon a cute raccoon in the middle of the day. Would you keep your distance or seize the perfect Instagram photo moment?

While raccoons may appear cuddly, people often forget that they are still wild animals. One Oklahoma woman was given a harsh dose of reality while drawing too close to a raccoon that had ventured out during the daytime.

During the encounter, the woman inched too close to the animal with her phone in hand. Driven by instinct, the raccoon reacted to the potential danger and lurched at the woman in an apparent attack. Instantly startled, the woman turned to run with the wild animal in hot pursuit, and unfortunately, the lady lost her footing. The woman’s flip-flops flew off her feet as she face-planted into the street.

As the raccoon continued to approach, a man stepped in to challenge the creature. The strange standoff between the man and (tiny) beast lasted just long enough for the woman to regain her footing and make an escape. Afterward, the raccoon backed down and turned away from further confrontation.

Watch the entire incident in the video below.