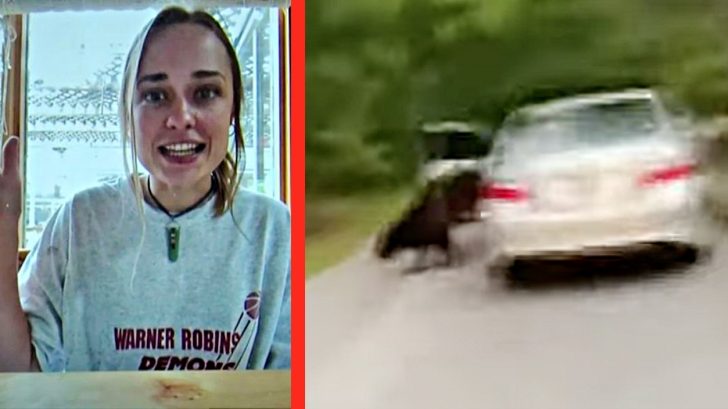 A high-school teacher found herself face to face with a black bear in Gatlinburg, Tennessee earlier this week. She walked away unscathed, but the same can’t be said for her car.

Mary Jane Yarbrough is an art teacher at Warner Robins High School. To get a head start on a project for her students next year, she decided to take a week-long art class in Gatlinburg – a place with a high population of black bears.

Halfway through her week there, Yarbrough woke up to a wild situation that she never could have predicted.

“It was six in the morning and I just keep hearing honking happening,” she told 13WMAZ news.

She initially thought something was wrong with her neighbor and went outside to investigate.

“I open the door. My dog is going crazy and I see that it’s my car that is honking and shaking and I was like ‘Oh my gosh, someone is in there. Someone is stuck in my car.'”

As she drew closer she was shocked when she realized there was a bear inside her car.

“He ripped the dash, my airbag, the radio is out, he went through my glove box.”

Since the car was parked on a slight tilt, Yarbrough thinks the bear opened the door and then it shut right behind him. The Gatlinburg Police Department was able to help get the bear out of her car safely but not before her car was destroyed inside.

See more in the video below.