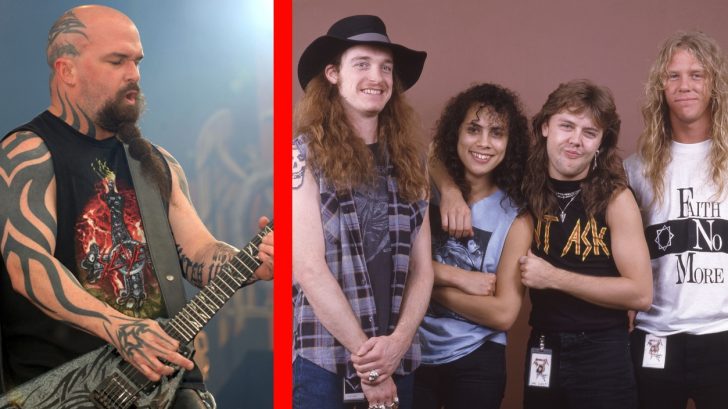 Anyone who calls themselves a true metal fan clearly needs to step it up…after one woman has clearly proven she deserves that title – three times over!

According to New Zealand filmmaker and journalist David Farrier, one mother actually named her three children after her favorite metal bands.

Now, her family is filled with several odes to this genre of music – including child Metallica, child Slayer, and child Pantera.

But, the woman actually did not stop there, says Farrier…

Dave Mustaine of Megadeth and Phil Anselmo of Pantera! pic.twitter.com/Pk60j45bqP

The unnamed woman has yet to name a child “Megadeath” but did go ahead and pencil in the title of a 1988 album as the middle name of the child called Metallica.

So, the child is named Metallica Justice For All (undisclosed surname.)

When reading the actual birth certificates provided by the woman, Farrier says that the middle name made him question the authenticity – so before publishing, he wanted to make sure he wasn’t being taken for a ride.

thread 3/4: … plus, i’ve seen the birth certificates. anyway, waiting for comment from @metallica , @slayer and @pantera as clearly this metal mother (and her kids) deserve free metal gigs for life

The writer confirmed with the New Zealand Births Deaths and Marriages bureau that the country allowed such unconventional naming and also received direct information about the family in question.

Jeff Montgomery, the New Zealand Registrar-General, stated that the country has no restrictions on naming babies after bands or albums.

“As long as the word used is not generally considered to be offensive and does not resemble an official rank or title,” he added.

“This particular baby was registered in 2009 by the previous Registrar-General. A similar application made today is likely to also be approved.”

Farrier did not disclose much publicly about the woman and her family but noted she has an affinity for crossbows.

“This mother is also a big fan of crossbows which are also truly metal and she deserves our complete and utter respect for this (and for raising three kids).”

The full article is available to paying subscribers of Farrier’s newsletter.

Funnily enough, this isn’t the first time someone has wanted to name their child “Metallica” – see the video below about two Swedish parents who fought the government over it.