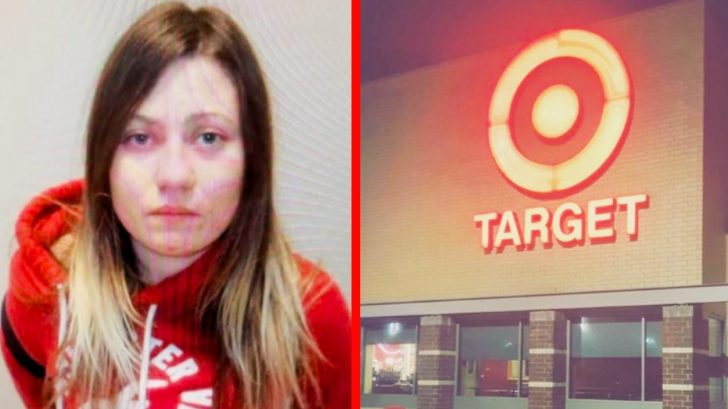 Store dressing rooms are meant to be a place where customers can try on clothes to see if they like the way they fit and look. While that’s how most people use fitting rooms, other people utilize them in less conventional ways.

There are plenty of horror stories out there about the misuse of fitting rooms. Some people mistake them for a toilet, while others use them as a place to experience a semi-private, yet semi-public hookup.

But one woman in California used a fitting room for an entirely different purpose…to help her get drunk.

In March, the Lathrop Police Services Facebook page shared the news that a woman named Elysia Johnson had been booked in the San Joaquin County Jail for shoplifting at a Target store.

The police stated that Johnson left the store with over $200 worth of items in her possession.

Shoplifter consumes alcohol before exiting the store.Yesterday at about 3:30 pm,Elysia Johnson entered the Target…

She also left with a stomach full of beer, as officers later learned after reviewing security footage from the store.

The police stated that footage shows Johnson placing “several items into a shopping cart and hand basket” before grabbing a six-pack of Stella Atrois beer. She was then seen walking into one of the dressing rooms with the pack of beer, where she remained “for over an hour.”

Over the course of that hour, Johnson drank all six beers and then left the store without paying for any of her other items.

The police states that Target loss prevention detained Johnson, and that she was later booked in jail. She also had three additional warrants at the time of her arrest.

You can watch a news report about the incident in the video below.