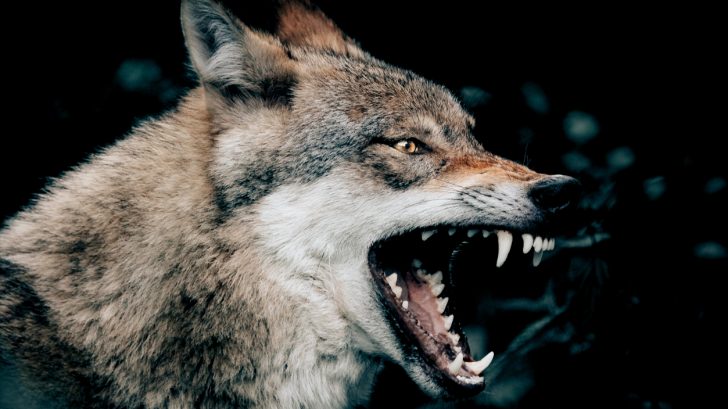 This is the stuff of nightmares. A family was sleeping soundly in their tent while at a campground in one of the most famous parks in North America when out of nowhere – a wolf attacked their tent and began to try and kill them.

“It was like something out of a horror movie,” Elisa Rispoli wrote on Facebook. “This is a hard thing to post, since I haven’t fully comprehended that it happened yet. Last night, while sleeping in our tent in Banff National Park, we were attacked by a Wolf.”

The New Jersey family had taken the trip to visit Alberta’s famous Banff National Park as a family vacation this summer and it was absolutely wonderful for them…until this happened.

An aerial view of the Canadian Rockies is nothing short of spectacular! ?: @danschyk #adventurehere #mybanff

The National Park, which holds some of the most spectacular views of the Canadian Rockies is renowned for its pristine nature, crystal-blue water, and abundant wildlife.

This wasn’t the wildlife experience this family (or any, for that matter) was looking for when they came to this amazing place.

“I don’t think that I’ll ever be able to properly describe the terror,” Elisa continued in her post.

According to the federal agency Parks Canada, the family was asleep in their tent until about 1:00 a.m. on Friday, August 9th, 2019 when a wolf attacked them inside their tent and started to drag the father off into the woods.

Elisa Rispoli’s husband, Matthew, leapt into action and threw himself in front of her and their two young boys as the wolf ravaged the tent and then clamped its jaws down onto his arm.

As the man struggled with the wolf, the entire family was screaming. Neighboring campers awoke quickly and began to investigate the source of the commotion. Matthew’s struggle with the wolf continued on, and the wolf managed to knock him to the ground and was in the process of dragging him off into the forest when a fellow camper arrived.

“The screams were so intense that I knew it was obviously a terrible situation,” neighboring camper Russ Fee told CBC. “So I just kind of kept running at [the wolf], and I just kicked it sort of in the back hip area.”

Luckily, Fee’s kick got the wolf to let go of Matthew’s arm and the two began to scream and hurl rocks and sticks at the animal until it backed off.

While this was happening Elisa and the kids quickly clamored into Fee’s minivan. Eventually, they were able to all get to a hospital. Matthew had puncture wounds and lacerations on his hands and arms, but was otherwise just fine.

“It could have been so, so much worse, and we are just feeling so thankful that we are all still sitting here as a complete family,” she concluded.

This instance is the very first time a wolf attack has been reported in a Canadian National Park, according to Parks Canada.