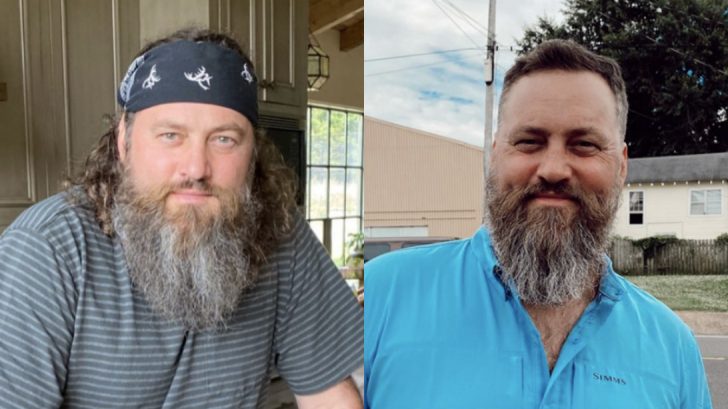 The Robertson men of Duck Dynasty are almost as famous for their facial hair as they are for their duck calls. The family, based in West Monroe, Louisiana, grew to international fame thanks to the reality television series about their family and their successful duck call business. Duck Dynasty aired for 11 seasons from 2012 to 2017 and their beards were so popular that they became a part of their brand.

After the show came to an end, the men kept their infamous shaggy hair, bushy beard look, with the exception of a fundraising event in which Jase Robertson shaved his beard and cut his hair for charity. Jase partnered with the Mia Moo Fund, a part of the Worldwide Foundation dedicated towards raising awareness on cleft lip and palate in honor of his daughter, Mia. If the organization raised $100,000 Robertson said he would shave. And, he did!

I guess you could say I'm a little happy. #ShaveJase #MyMan

But, the look didn’t last long. Jase immediately began to grow his beard out. We’ve all been wondering who would be the next Robertson to debut a new look. To our surprise, it was Willie! Tuesday afternoon, videos and photos of the third oldest Robertson son with a classy new look were posted to social media. Unlike his brother, Willie didn’t warn his family about his plans to cut his hair.

Willie’s wife Korie shared photos of her clean cut hubby and video clips of family members’ reaction to the new look. Perhaps Korie’s reaction was the best as she didn’t even recognize him as he stood next to her in a local restaurant. Willie’s children were all shocked by the surprised and were slack-jawed and speechless when they saw their dad.

“SURPRISE!! [Willie] shocked us all with a major after-quarantine haircut,” Korie wrote. “We haven’t seen his neck in 15 years…He even bought a new shirt so we wouldn’t recognize his clothes.”

Willie’s daughter, Sadie, also took to social media to share photos of her dad along with a special “I love you” message.

Watch the full video of reactions to Willie Robertson’s new look below.