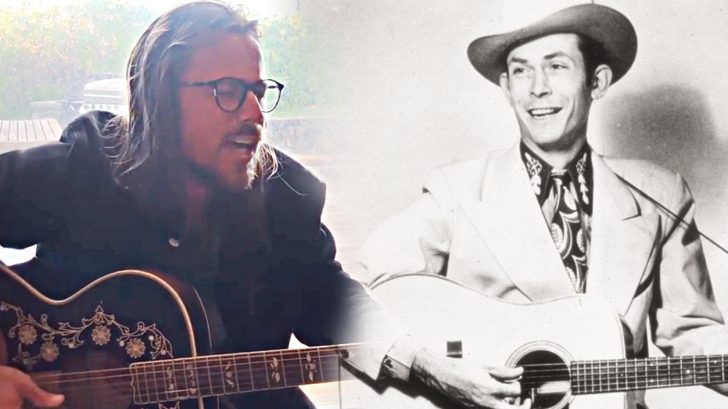 Written by country music legend, Hank Williams, the gospel tune has been one of the most historically influential country songs of our time.

Released in 1948 the song was not originally an instant success for the singer but its catchy beat and inspiring message gained it momentum with fans across the nation. Since then, it has been performed by an extensive list of artists throughout time – with Lukas Nelson now being added to that list.

Fast forward to 2018. By now, everyone knows that Willie Nelson is talented. Between his writing, singing, acting, and activism, the Red Headed Stranger is one of the most recognized artists in country music.

Another photo from today's video shoot with Loretta Lynn

Luckily, his talents have been passed down to his sons, Lukas Nelson and Micah Nelson. Lukas has paved his own path, singing and writing music that touches the long-forgotten pieces of your soul.

While Lukas has co-produced and co-written music for major films like A Star is Born, starring Lady Gaga, he still remembers the legends that came before him. Lukas posted a video of him gently strumming his guitar and giving a wonderful performance of Hank’s “I Saw The Light.”

The second he opens his mouth, he sounds exactly like his famous father, who often covers this song at his live shows. Take a listen to Willie’s version at Farm Aid 1992 below.

You can check it out in the video below and let us know what you think in the comments.

A little Hank for Christmas