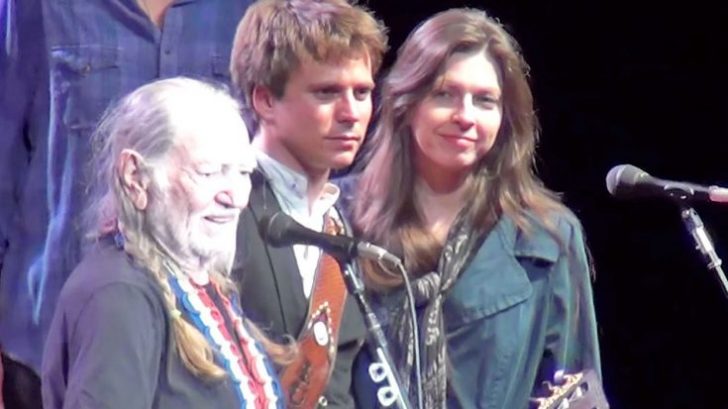 The Nelson family is on fire! Why, you ask? Well, because so many of them have inherited their fair share of musical talent.

We love it when Willie Nelson gets his children to join in and sing with him – it is truly touching!

This performance we’ve included below was really a family event, as Willie was joined on vocals by his daughter, Amy Nelson, and his son, Lukas Nelson.

As if all of that wasn’t enough, his talented sister Bobbie Nelson was also present for the performance. She was in charge of playing the piano.

Congratulations to Bobbie….read more about her induction here along with some great photos!

Posted by Willie Nelson and Friends Museum and General Store on Sunday, August 13, 2017

All of the Nelsons are so talented, we can’t even handle it!

The family sang two of our favorite gospel tunes, “Will The Circle Be Unbroken” and “I’ll Fly Away,” and wow, did they rock the stage. Both songs have been country standards for decades, and have been recorded by a number of notable names in the business.

The Nelson family’s performance showcases some of the best renditions of both songs. That’s what happens when you bring a bunch of talented relatives together at a show!

Aside from the obvious talent in this performance, It is so touching to see the fatherly love in Willie’s eyes when his children sing on stage with him. It is clear that he is one proud dad!

Check out the video below to see Willie singing with his son, daughter, and sister, and you’ll be glad you did!