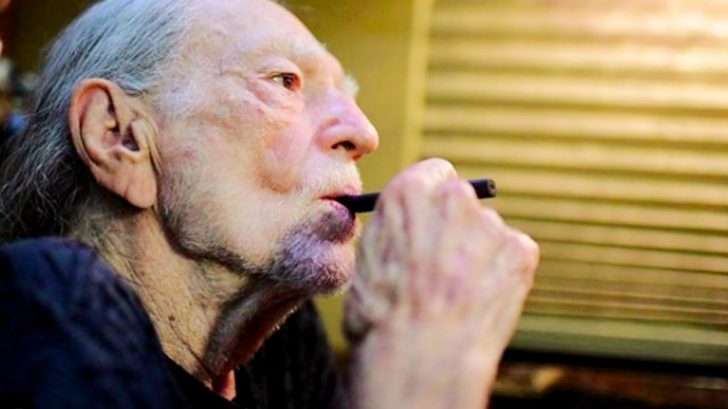 For years, Willie Nelson has been one of country music’s most outspoken supporters of marijuana. He started his own cannabis brand, Willie’s Reserve, and has famously told the story about smoking on the roof of the White House during Jimmy Carter’s presidency.

He has also shared his fondness for marijuana in songs such as “It’s All Going to Pot” and “Roll Me Up and Smoke Me When I Die.”

But in a recent interview with KSAT reporter Paul Venema, Nelson admitted that he gave up smoking weed.

Citing his recent breathing issues as the reason why he decided not to smoke any longer, Nelson said he has to watch out for his well-being.

“I have abused my lungs quite a bit in the past, so breathing is a little more difficult these days and I have to be careful,” he said.

He went on to explain that years ago, he smoked anything he could get his hands on, saying, “I started smoking cedar bark, went from that to cigarettes to whatever. And that almost killed me.”

Nelson told the reporter he decided to give up smoking marijuana in an effort to better his health. “I don’t smoke anymore – take better care of myself,” he said.

(WAND) – Willie Nelson said he is hanging up his joint. https://t.co/9l96CNqRmC

The country legend has experienced a number of health issues in recent years. Breathing problems forced him to cancel or postpone a number of shows in the past, concerning fans in the process.

Nelson performed “Rainbow Connection” with Kacey Musgraves during the ceremony. Many worried fans took to social media during the performance, saying that Nelson sounded weak and out of breath.

Despite the health setbacks he’s faced, Nelson is determined to be here for a long time. And he’s happy that he has managed to stick around as long as he has.

We’re glad that Nelson’s still here too! We’ll continue to pray for his improved health.