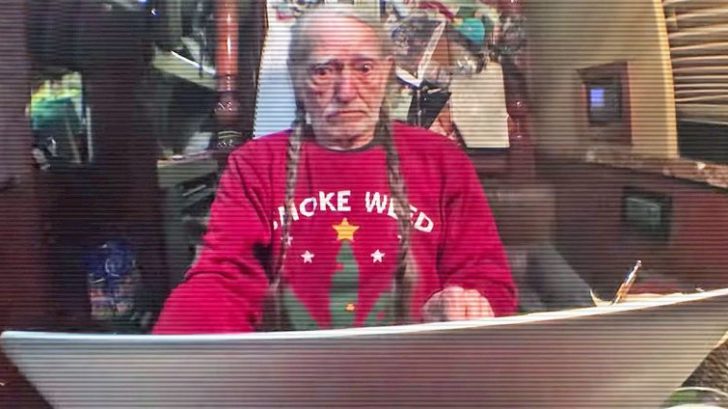 When it comes to death hoaxes, more have probably been written about Willie Nelson than any other country artist. His popularity, age, and recent health scares unfortunately make him the perfect subject for such rumors. Many fans come across these false reports and take them to heart, believing that Nelson passed away.

In 2015, three different reports made the claim that Nelson had died. One report detailed how Nelson had been found unresponsive on the lawn of his home. Of course this report was false, but many fans bought in to it at the time.

Nelson gets a kick out of the death hoaxes that have been published about him. He decided to poke fun at these outrageous rumors in a song on his album God’s Problem Child, appropriately titled “Still Not Dead.”

Co-written by Nelson, “Still Not Dead” is a surprisingly lighthearted song. It’s actually quite funny, with chuckle-worthy lines such as, “The news said I was gone to my dismay. Don’t bury me, I’ve got a show today. And I woke up still not dead today.”

So of course, a song as funny as that needed to have a music video made for it!

Like previous videos Nelson released for God’s Problem Child, the video shows the country legend singing in a recording studio. But the majority of the video is shot outside of the the studio scene, and shows Nelson onstage and on his tour bus.

The video opens with Nelson sleeping in bed, wearing the famous sweater that Snoop Dogg gave him for Christmas. He opens his eyes wide, realizing that despite everything the internet says, he’s still not dead. Once he gets up and has his morning cup of coffee, he takes the time to read and laugh at whatever the latest death hoax is surrounding him.

Nelson also makes an effort to show off his good health and youthful spirit in the video. He jumps up with excitement after leaving a poker game and can even be seen dancing around without a care in the world. That’s one way to dismiss rumors!

If you’re in need of a good laugh today, Nelson’s music video for “Still Not Dead” will deliver. You can check it out in the clip below.

We’re glad that Nelson has a good sense of humor about all of this!