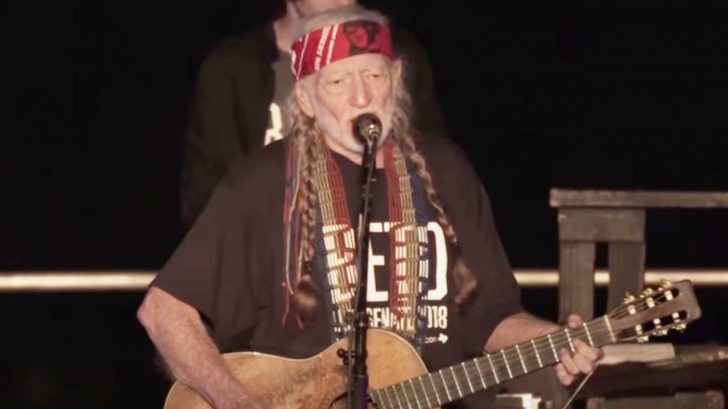 The legendary Willie Nelson is turning 89 years old on April 29, 2022, which is the same day his upcoming album A Beautiful Time will be released. He announced this news on February 10th when he dropped the first single off the album, “I’ll Love You Till The Day I Die.”

Along with a new album, Nelson is heading out on tour this Spring…but it turns out he has cancelled several dates for his indoor shows. He was supposed to perform at Peoria Civic Center Theater on April 20th, but according to the PJ Star, the Civic Center’s general manager, Rik Edgar, said Nelson “has canceled upcoming indoor concerts…No reason was given.”

The news outlet also reports that “Ticketmaster is to process refunds automatically, usually within about a month.”

Despite no reason being given to Peoria Civic Center, other indoor venues that Nelson was supposed to perform at on revealed that there actually was a reason for the cancellations.

The Four Winds Casino in New Buffalo, MI, where Nelson was scheduled to perform on April 22 made a similar announcement, saying, “Under the wishes of the artist this performance has been canceled…Out of an abundance of caution and ongoing concerns as it relates to COVID, the Willie Nelson & Family concert scheduled for April 22, 2022 at Four Winds has been canceled.”

Other cancellations include two March shows at the CMA Theater in Nashville, Tennessee, and April 25th in Nashville, Indiana. Those venues have not made cancellation announcements on their official Facebook pages.

Hot on the heels of these indoor cancellations, Nelson announced several new shows, including one replacing his previously cancelled April 22nd date. All of the new shows are at outdoors venues. See the announcement below.