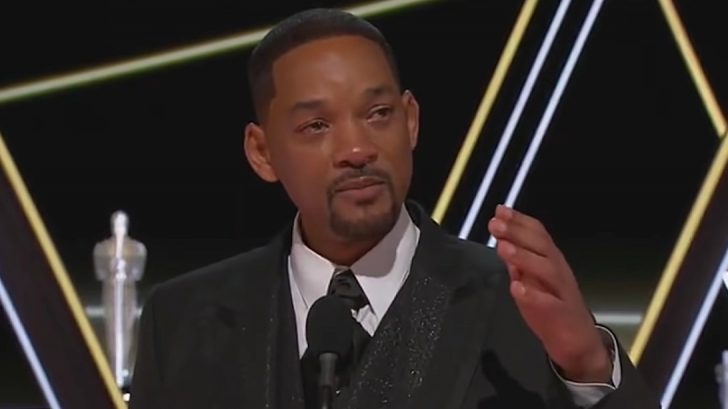 Sunday night (March 27), Will Smith accepted the coveted trophy for Best Performance by an Actor in a Leading Role. But, his win was overshadowed by his angry reaction to a joke made by comedian Chris Rock less than an hour before accepting the trophy.

Rock was on stage to present the award for Best Documentary Feature, but took a moment to tease some of the actors in attendance. One of those on the receiving end of Rock’s jokes was Will Smith’s wife, Jada Pinkett Smith, who has been open about her struggle with alopecia, an autoimmune disorder that leads to hair loss.

“Jada, I love you. G.I. Jane 2…can’t wait to see it,” Rock said to Pinkett Smith, who didn’t appear to take the joke well.

Will Smith quickly came to his wife’s defense and confronted Rock on stage by slapping him across the face. Smith then returned to his seat and yelled profanities at the comedian who seemed speechless over what had transpired.

The incident garnered huge reaction on social media where fans who witnessed it shared their shock, with many questioning whether or not the altercation was staged. But, rumors of a staged fight were put to rest when the Academy issued a tweet following the ceremony that read, “The Academy does not condone violence of any form. Tonight we are delighted to celebrate our 94th Academy Awards winners, who deserve this moment of recognition from their peers and movie lovers around the world.”

The Academy does not condone violence of any form.

Tonight we are delighted to celebrate our 94th Academy Awards winners, who deserve this moment of recognition from their peers and movie lovers around the world.

Monday morning the Academy of Motion Pictures Arts and Sciences issued another statement against Will Smith’s behavior.

“The Academy condemns the actions of Mr. Smith at last night’s show,” the statement said. “We have officially started a formal review around the incident and will explore further action and consequences in accordance with our Bylaws, Standards of Conduct and California law.”

Will Smith issued a statement of his own on Monday, apologizing to Chris Rock for his “unacceptable and inexcusable” behavior. he added that his reaction was an emotional response to jokes about his wife’s condition.

“Jokes at my expense are a part of the job, but a joke about Jada’s medical condition was too much for me to bear and I reacted emotionally,” Smith wrote before admitting that he was embarrassed by his actions.

“I was out of line and I was wrong. I am embarrassed and my actions were not indicative of the man I want to be. There is no place for violence in a world of love and kindness.”