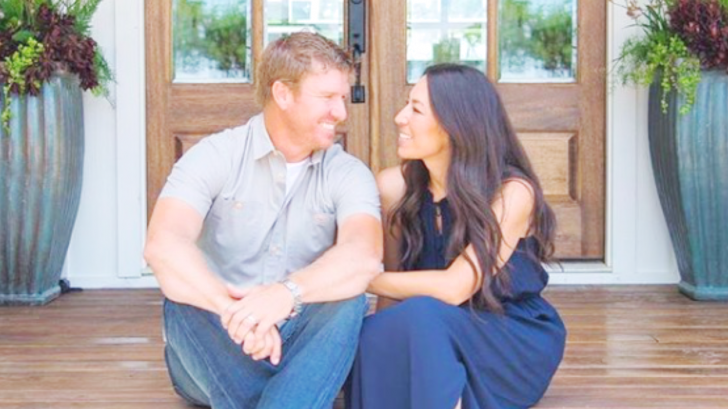 One Of TV’s Most Beloved Homes

Over the years on their show Fixer Upper, Chip and Joanna Gaines made their viewers feel at home whenever they filmed in or around their gorgeous Texas farmhouse. As you watched Joanna chat with clients over a plate of cookies in her bright white kitchen or watched the Gaines children play on the property grounds, you felt like you were part of the family too.

In addition to showing pieces of the house on Fixer Upper, which ended in April 2018, Chip and Joanna have also shared photos of the house on social media. Many of these photos capture the special memories they and their children have made in the home.

Today's been a "cancel all your meetings and stay in your sweats" kinda day ?

Take A Tour Of The Gaines’ Farmhouse

But even though Chip and Joanna have always been open about sharing their home with the world, they had never given a full filmed tour. Not even for Fixer Upper!

That all changed in November 2018, when Joanna invited TODAY‘s Jenna Bush Hager to tour the Gaines family home. Joanna showed Jenna the entryway, living room, and her favorite room in the house, the laundry room.

Each room showcased Joanna’s signature decorating style, which is the perfect mix of rustic and modern. She pointed out specific pieces throughout the tour, including a pea green piano and an old street sign she and Chip found in New York on their honeymoon.

Is This Their Forever Home?

It’s clear from watching her TODAY tour that Joanna is head over heels in love with her home, even after living in it for years. But knowing how much she likes to take on big projects, you can’t help but wonder if she and Chip will ever say goodbye to their famous farmhouse.

The question of whether or not the Gaines family will ever move is one that the folks at Country Living had to ask Joanna while talking about her new design book, Homebody: A Guide to Creating Spaces You Never Want to Leave. It certainly seems that Joanna designed her farmhouse to be a place she never wants to leave. But will she one day?

When asked by Country Living if she and Chip have ever considered moving, Joanna answered that it is always a possibility. “You never know with Chip…” she said, referring to Chip’s famously spontaneous nature.

No one I'd rather #silobrate with… @chipgaines @magnolia

But Joanna went on to clarify, saying that she and Chip have never envisioned leaving. “…we definitely feel like this is our forever home,” she said. “The kids love it. We can’t imagine being anywhere else!”

So there you have it folks! If you were hoping that you’d one day be able to own the Gaines’ farmhouse, it looks like you’ll have to wait a while.

But at least that means that we’ll all get the chance to enjoy the couples’ lovely home for many more years to come. Listen to Joanna explain why they fell in love with the house by tuning in to the clip below. She also gives a short tour of the outdoors!