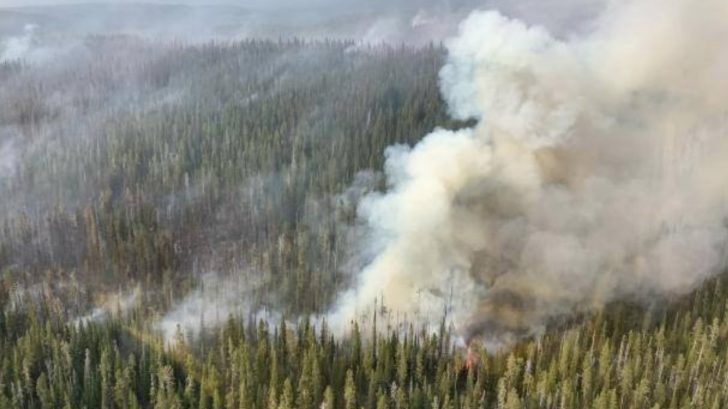 On Saturday, August 22, 2020, at 5:15pm the National Park Service reported lightning striking the forest and catching it on fire. NPS said it happened about three miles south of Old Faithful in the beautiful Yellowstone National Park.

“Currently, staff are implementing protection measures for the Old Faithful area in the event the fire moves in that direction; however, it is not burning toward Old Faithful at this time,” National Park Service reported.

The park has, unfortunately, been on fire ever since though, and has burned through 821 acres in just a few days. When the lightning first hit, park officials closed Grand Loop Road between Old Faithful and West Thumb. Other trails that lead to Lone Star Geyser and Shoshone Lake have been closed as well to protect hikers.

A team of thirty-seven people were brought in on Monday to fight the blaze southeast of Old Faithful. Officials say they are doing their best to control the fire.

“Fire is burning in an unburned stand of lodgepole, spruce, and fir. It is moving in a northeasterly, away from the Old Faithful area but protecting infrastructure continues to be a high priority for firefighters,”Buckrail said.

Video Of Old Faithful Erupting As Wildfire Burns In Background