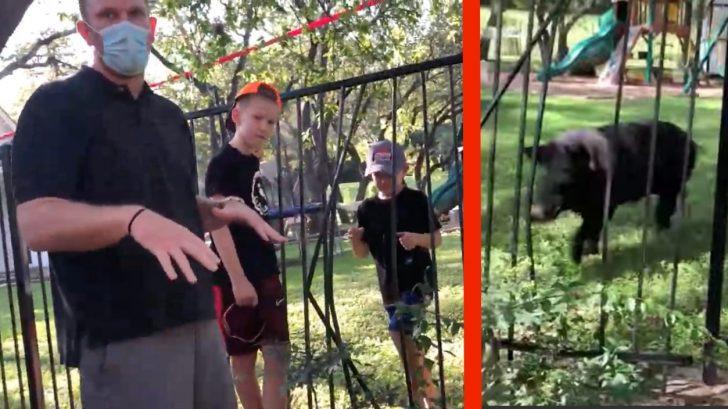 Over the weekend (10/12/20), an animal protection officer was hospitalized after being gored in the leg by a feral hog with four-inch tusks after it ran into a northwest Austin neighborhood.

According to KXAN, neighbors on Crossmeadow Drive and Creekbluff Drive in the Lakewood area were the first to spot the large, black,150-pound hog around 1pm running through their yards.

Kevin McConnell told KXAN that he watched the hog run through his front yard and then through a neighbor’s open gate into their fenced-in yard. A painter was painting that home at the time and was barely able to dodge the hog as it ran past him. The painter quickly shut the gate, locking the hog inside as the neighbors called 9-1-1.

An animal control officer arrived on the scene equipped with only a catchpole and a net because they’re not given lethal weapons to use. Kevin said he remembers watching the officer grab his catchpole and thinking, “That’s not gonna be big enough to do anything with [the hog].”

The officer opened the gate hoping the hog would leave the yard, however, it decided to bulldoze right through the fence and started attacking the officer. Kevin pulled out his gun and tried to give it to the officer to use, but within that time the hog took off running and got away.

Austin-Travis County EMS transported the officer to Round Rock Medical Center where he was treated for non-life-threatening injuries.

“The animal control guy was a full grown man with training,”  the homeowner, Lane Arnold, who lived their with his wife and two kids told KXAN. “But if a hog went after one of these kids it would end very badly I think, so the safety of our children and our pets is paramount to us.”

Watch Full News Report On The Hog Below