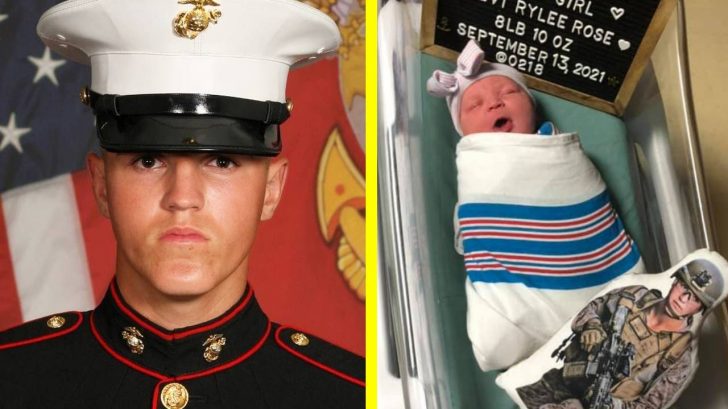 On August 26, 2021, 13 American service members were killed during the suicide bombing attack at the airport in Kabul, Afghanistan. Two days after the attack, the Department of Defense released the names of the fallen, which included 11 Marines, one Army soldier and one member of the Navy.

One of the Marines was 20-year-old Lance Cpl. Rylee J. McCollum from Jackson, Wyoming.

Honoring #USMC LCpl. Rylee J. McCollum, died August 26, 2021, by a suicide bomber in the Kabul airport attack in Afghanistan. Honor him so he is not forgotten. May his memory be a blessing. pic.twitter.com/QEHykWook5

McCollum had recently married his wife, Gigi, and she was pregnant with their first child to be born in September. His sister, Cheyenne, spoke with East Idaho News and said that her brother was “going to be the best dad.”

The Breach Supply Co. set up a GoFundMe titled Rylee McCollum’s Child Education Fund, in hopes of raising some money for McCollum’s unborn child. The initial goal was $5,000 and as of press time, nearly $700,000 has been raised.

Now, nearly one month after McCollum’s death, his daughter was born at the Naval Hospital at Camp Pendleton near San Diego, California. Gigi shared the news of her daughter’s birth on her personal Instagram page, and included sweet tributes to her husband.

She named the baby Levi Rylee Rose, and shared a photo of the baby with a pillow that beared McCollum’s  photo.

McCollum’s father, Jim, wrote a poem for his new grandchild. See it below.